Alex Neil said he couldn’t fault his players for effort but felt they were made to pay for not doing the basics well enough in the 2-1 defeat to Barnsley at Oakwell. 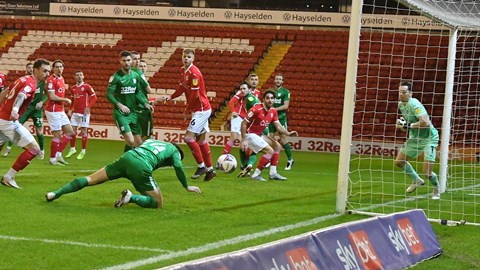 The Preston North End boss saw his side take an early lead through Sean Maguire’s header, which they retained at the break, before second half efforts from Alex Mowatt and Victor Adeboyejo saw the Tykes complete a turnaround to take the three points.

Speaking to iFollow PNE after the game, the manager felt that there was very little to separate the sides in a hotly-contested affair, and suggested the game might have been different had Emil Riis converted a chance before the interval.

“I didn’t think there was much in the match to be honest,” he said. “The space was in behind, both teams turned it, it was a bit of a scrappy game.

“We get the first goal right at the very start, it was a great start for us. We then get the next big chance in the game, we go two v one.

“At this level right before half-time, you score that, the likelihood is they start chasing and leave us more spaces to hurt them. But we managed to miss the opportunity through bad decision making.”

While praising the quality of the finishes for the opposition’s two goals, Alex was disappointed by elements of the defending for each strike.

“The game doesn’t change, the game remains the exact same, they set out the exact same, didn’t change anything, and the first goal that we concede to be fair to them was a good finish. We spoke about getting down the line of the ball around the edge of the box, but he [Mowatt] puts it in from 25 yards. Then we’re looking for a bit of a response, I don’t think we done well enough in terms of keeping the ball alive at the top end.

“The second goal’s probably my biggest gripe, my biggest disappointment. It’s a free-kick, we don’t stand over the ball, we let them take a short free-kick, which was absolutely amateur, and then from that point, we don’t recover and get back into our space quick enough and we’ve got ample time to do so. To be fair, it’s a good finish from the lad. 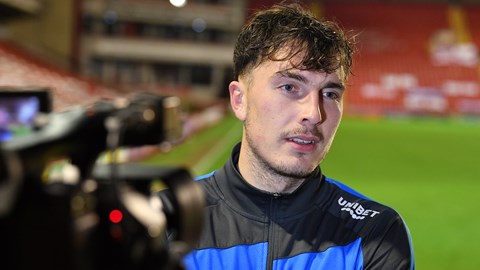 “They have that opportunity, big Josh [Earl] has an opportunity for us as well in the game, and there’s nothing in the match; three shots in the match. We find ourselves on the wrong side because when teams get opportunities, they seem to score against us. That’s just really, really frustrating.”

The weekend defeat at Luton Town was labelled ‘unacceptable’ by the boss and while there were no such concerns this evening for Alex, he felt the basics weren’t done well enough by his team.

“I can’t fault the effort tonight, I was critical of that on Saturday. I thought there were a few key performers for us tonight as well, I thought Andrew Hughes was excellent, I thought Alan Browne gave everything he had in his tank. I thought big Josh Earl did well for coming back in not having played for a long time. The effort was there.

“They’re gutted in there because the simple fact is we probably missed out in the game on doing the basics as well as we should do, which is stop the free-kick, narrow off when you need to narrow off, keep the ball alive more at the top end, which we didn’t do enough. It’s a difficult one to take.

“To be honest, before the last game, we were actually on quite a good run. It’s just disappointing tonight because it’s a game that was winnable, it’s a game that we put ourselves in front, it’s a game where we had other better chances before they scored to put it to bed and we don’t take it and it’s come back to bite us.”