Alex Neil was full of praise for his players’ adaptability as the manager said they ‘did what was required to win’ in the 2-0 victory over Coventry City.

Alex Neil was full of praise for his players’ adaptability as the manager said they ‘did what was required to win’ in the 2-0 victory over Coventry City. 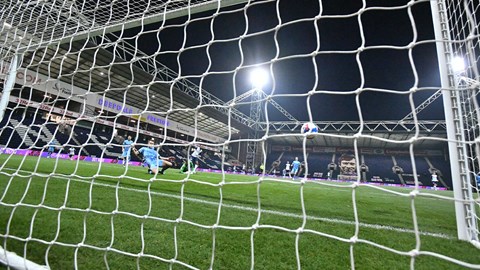 Goals early in either half – from Daniel Johnson and Sean Maguire – wrapped up a third consecutive win in the Championship for the Lilywhites, all of which have also included clean sheets.

The first half saw the visitors having plenty of the ball but the boss credited his team for finding a way to win.

“What we didn’t do is control the ball in the first half as much as we would have liked, but I think you’ve got to give Coventry credit for that,” Alex told iFollow PNE post-match. “We set-up to play in a similar manner to them and they used the ball better than what we did.

“However, I thought defensively we were really strong, we were solid. We get the goal off nicking the ball and getting our goal. I thought we had some threatening moments getting down the sides in the first half. Second half was much more even, I thought we did better.

“We just simplified it at half-time in terms of I thought the ball in behind them was causing them problems, I thought when we tried to play short at times, it was causing ourselves problems. 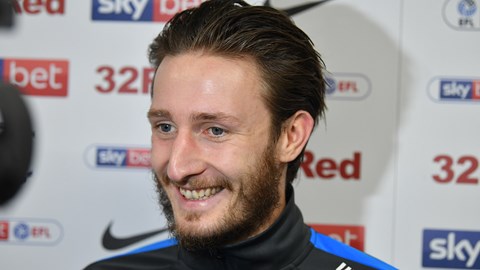 “We just needed to move the ball a bit better than what we did. I didn’t think our passing was great.

“You’re going to have to play teams at this level that are good at specific things and we need to find another way of being better at certain others, which is trying to win the game. Credit to the lads, I thought they worked extremely hard and we did what was required to win the match.”

Alex explained that his side have been pressing less in recent games which has coincided with the three-match winning run.

“What we haven’t done is maybe hunted the ball maybe as much as we were doing before because I think that there are specific players that make that hunt and press work extremely efficiently. When they’re missing, it becomes more problematic for us. It becomes easier then to do it in a different manner.

“What it will mean is we might not control the ball as much as we would like sometimes, particularly against very good passing teams, but what it will do is give us an opportunity to win the match.

“We’ve managed to adapt our way a little bit, which is important, because the simple fact is my job is to make sure I give us the best chance of winning games. Credit to the lads, they’re very adaptable in how they play, they take information on board extremely well, they’re really intelligent and they can carry it out on the pitch, which is great.”

The manager also praised his side for finding a way to deal with the icy conditions, as well as building momentum over the festive period with three consecutive wins, despite the intense nature of the fixture schedule this term.

“As soon as it hit the turf, it just flew straight off the pitch – it was a bit of an ice rink really in terms of how quickly the ball moved. That highlighted any little mishap in terms of touch or even where pass. It makes it even trickier for the players to handle the ball, but they found a way to get the job done.

“When they threw caution to the wind, put two up front, I thought it helped us, it stopped them having an extra man in the middle. It became probably more of an even game, but left spaces for us to exploit, and just a couple of slack passes or slack touches, we might have had another opportunity.

“It’s non-stop. We’ve demanded so much of the players. We’re looking at some of them today going down with cramp and I can’t take them off, because I’ve already made my subs. It’s been a really testing period with some crucial players missing as well. Over this period, we’ve still managed to accumulate the points, so it’s really pleasing.”