Alex Neil Wants To Keep On An ‘Upward Trajectory’

Preston North End manager Alex Neil is looking to begin 2021 in the same way his side ended 2020, moving in an upward direction.

Preston North End manager Alex Neil is looking to begin 2021 in the same way his side ended 2020, moving in an upward direction.

The Lilywhites ended the year with three straight league wins and also three straight home wins, but the gaffer says the team cannot rest on their laurels as they welcome Nottingham Forest to Deepdale for the first game of the new year.

Speaking to iFollow PNE he said: “The one thing about football is that you can’t ever be satisfied. You can’t look back and think ‘we’ve done well’, it is always about the next win, the next three points and that challenge never ends. 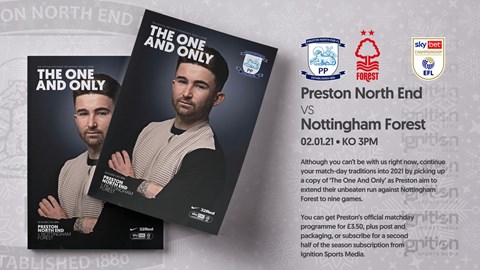 “This game is an important game, because we don’t have a midweek fixture after it, let’s hope we can try and get another good victory at home – where our form has improved, which is good, because it needed to – and try and maintain that consistency.

“When you have the last one of a batch of something, you know this is the last big push and then we probably will get a few days’ rest.

“There have been so many demands put on the players – I have been well-documented in saying that this season – and I haven’t changed my view on that; if anything, it is even more form, so we just need one last big effort and then we can give them a little bit of a rest before the next match.”

Getting those wins of late has also coincided with a change of approach from the PNE boss and he says that the team has had to put multiple plans in place in order to get results.

“We have needed to find another way,” he continued. “Our results have been too inconsistent; we have conceded too many goals and we had a tried and tested method that had worked for us, but the simple fact is that there are certain personnel that make that work more effectively and we have had to alter some things to give us the best opportunity [of winning games].

“Thankfully, of late, it has worked for us in terms of getting a bit of consistency in the games. I still think there are better levels we can reach, in terms of performance, but, results have been good and we want to continue that.

“The difficulty you have got, is that when you win and lose, it feels like a natural roller coaster, particularly for the fans. 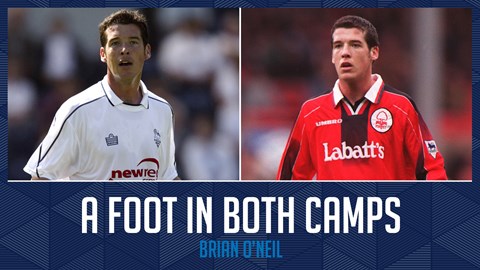 A Foot In Both Camps: Nottingham Forest

“When there is not a lot of consistency in terms of results, it feels as if we are taking one step forward and one step back, but points tally wise, we are actually not in bad nick.

“With everything we have had to contend with, on the pitch and off the pitch, including many variables we haven’t been able to control, we have navigated ourselves through to this point pretty well.”

The 2nd January visitors have changed their manager during the season and, despite their current league position, Alex is in no doubt that Chris Hughton will also get them upwardly mobile, with the quality he has at his disposal.

“It is always easy to judge teams from out with. You look at Forest and their squad and Chris as a manager – who has done remarkably well, been at Premier League level, got clubs promoted – they know what they are doing.

“It is difficult to ascertain why they have struggled this year compared to where people expected them to be, but there is no question that they will get better. Chris will make them more organised, harder to beat and they have got some real quality individuals. This is going to be a tough game. 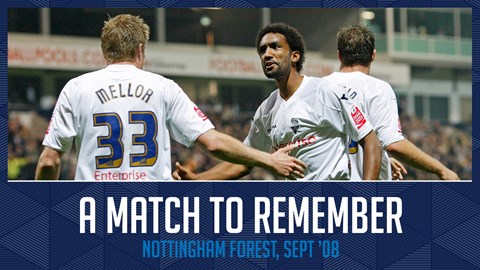 “Everybody looking at it is expecting at some point a really change in fortunes for Forest, as they did with Derby, which they have done, because their squads are more than competent at this level, however, when you are in that position you have to deal with where you are; you have to deal with the next three points, with the next game and I am sure Chris and his squad will be thinking exactly along those lines.

“They are not too dissimilar [in approach] to when Sabri [Lamouchi] was in charge. Sabri was a get in shape, banks of four type coach and that brought them a lot of success last year and they missed out by a goal at end of the season – and that disappointment has probably lead into this season; Chris has now taken over and there hasn’t been wholesale changes.

“There has in terms of personnel and sometimes to get a whole plethora of players playing together does take time and that will be another reason as to why they haven’t started the season as well as they would have liked,” he added.