Preston North End manager Alex Neil expected experienced opposite number Neil Warnock to make his Middlesbrough side a force this season and that has proved to be the case so far.

Preston North End manager Alex Neil expected experienced opposite number Neil Warnock to make his Middlesbrough side a force this season and that has proved to be the case so far.

Speaking to iFollow PNE ahead of Boro’s visit to PR1, the North End gaffer said his side would have to stand up and compete against a good team.

“We know what’s coming. They have got some good quality players and they will be well-organise and will compete. If you don’t stand up and fight and compete and do that sort of stuff, then you will have a really difficult game.

“Over the years, the club has invested. Their forward line cost many millions and they have got quality.

“I know last year they struggled, but this year they have found their rhythm in the way they are playing, they have a good understanding of what they are doing and they have got some good quality players in there to do it.

“They have the likes of Jonny Howson in the middle, who I worked with – he was terrific for me at Norwich – and we know we have a really tough game coming up.

“There aren’t any complexities about the way they go about it. If you have good players and you get them organised and they are motivated and give it everything they have got, then you have every chance of winning matches and that’s where they are.” 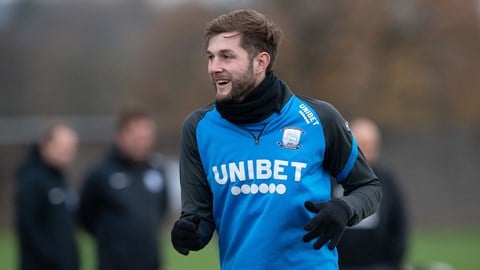 Once again the PNE boss will need to shuffle his pack, with Ben Pearson out injured, however, he will have Darnell Fisher back and hopes one or two more won’t be far behind.

“This season so far has been really disruptive in terms of continuity of players being available for selection and that is the big difference between us and Middlesbrough so far this season.

“That side of it has been tough for us, but we just need to get on with it. We have been really light in full back areas, but hopefully that is something, with Darnell coming and the other lads not too far away, we can resolve.

“It can be difficult without the balance of left-footed players, because it can be hard to build down that side of the pitch and that has been a problem for us.

“We have found solutions in certain games and managed to win some games within that period, but it doesn’t make it any easier without them. The lads coming back will hopefully be back soon and hopefully that can bring us some continuity in terms of being select a settled team,” he added.

There’s more from Alex, as he discusses Tom Barkhuizen’s hot streak of form in front of goal and more, just click on the video at the top of the page to watch the full interview.