Paul Huntington felt Preston North End should have taken all three points on the balance of the play in their 2-2 draw against Wycombe Wanderers.

Paul Huntington felt Preston North End should have taken all three points on the balance of the play in their 2-2 draw against Wycombe Wanderers. 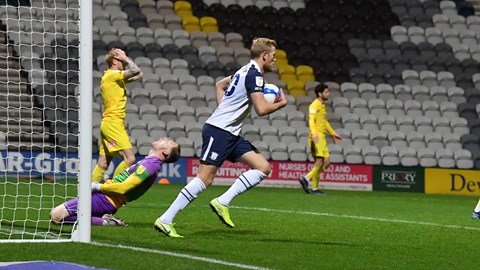 The Lilywhites started well and took a deserved lead and went ahead through Tom Barkhuizen’s 14th-minute header, but with the score reversed through Garath McCleary and Scott Kashket’s second half efforts, Alex Neil’s side needed a late own goal from Jason McCarthy to take a point.

After a strong start to proceedings, North End lost Ben Pearson to injury, and speaking to iFollow PNE post-match, Hunts admitted that the premature departure of the midfielder also played its part in the visitors coming back into the game.

“When we’re missing one of our best players, it probably affected us,” the defender said on Pearo’s enforced substitution. “Having said that, I think it was an open game, they’ve had a couple of chances, but I felt as though we should have been 2-0 before we actually went ahead, while Ben’s still on the pitch.

“Obviously, he’s our predominant sitter, he does a really good for the team, and then we have to change things around. The chances towards the end I think we expect to take. We’re disappointed but we’ve had to come from behind, but gave away poor goals. We feel as though on the balance of the play we should have won the game.”

As well as late chances for Emil Riis, who came off the bench, North End’s strong start saw opportunities right at the start of the game, too; with Hunts revealing some of his team-mates had thought they might have scored early on.

“Scotty’s saying after the game, Barky as well, that they felt they should have scored early on, so it’s frustrating. But that’s the league, we’ve got to take our chances when they come along and also defend a few situations better.

“We showed good character, went for it, and had a big chance at the end we expect to normally take. It’s four points in the last two games, on reflection disappointing after the good performance we’ve had at Bournemouth. 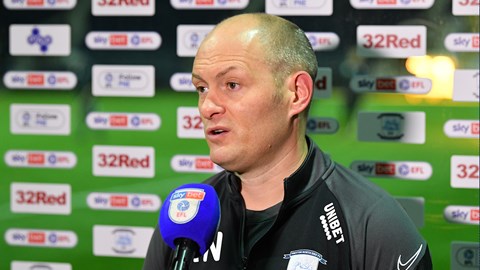 “It just shows on any given day you’ve got to apply yourself and be ready because it’s a challenging division and there’s no easy games. We’ve got another tough couple of games this week and we’ll look to improve on a few things.

“We’d expect to take them with the players that we’ve got. It was a disappointed changing room, as you’d expect. Good character but at the same time on the balance of play and the chances we had, we felt as though again we should have won.

“They make it difficult for you, their work-rate, the way they set-up, they get a lot of bodies around the ball and the ‘keeper has a really good kick and they’re physical and play for scraps.”

The No.23 added that there was some frustration within the North End camp around the decisions that led to the visitors’ goals, feeling the free-kick awarded which directly led to Wycombe’s second being especially harsh.

“Every challenge that went up, they were screaming for everything and I felt as though the free-kick wasn’t one. A few of their lads have come up to me after and were laughing with the ref because they were saying they agreed the free-kick wasn’t; he’s just chested the ball and I’ve volleyed it to the right-hand side of him.

“We feel hard done by there because I didn’t think it was a foul and I felt as though we could have had a lot of them.

“That’s their game, you win 90 per cent of your duels and they’re just playing for little knock downs and make it hard you to get a big purchase on your headers. Having said that, we can still defend it better and follow the ball in; as a defender it’s disappointing because as a defender, naturally, you have that instinct to be inside your man.”

With four points taken from the last two, Hunts is now looking ahead to another test with the visit of Middlesbrough on Wednesday evening, again at Deepdale.

“We’ve shown we’re more than capable of playing the best teams and being more than a match for them and better than a lot of them.

“The initial reaction with  a couple of chances right at the death in injury time, we feel as though initially it’s a little bit of disappointment but on reflection we came from behind and took four points from the last two. We’ve got to make sure we build on that now because Wednesday will be a tough one.”

Watch more from Hunts by clicking the video above.