Preston North End U18s swept aside ten-man Walsall thanks to a Joe Rodwell-Grant finish and a Lewis Leigh brace.

After an even first half, it looked set to be level between the two sides at the break, but the Walsall goalkeeper was sent off for handling outside the box in added time, and Rodwell-Grant scored when the resulting free-kick rebounded to him. 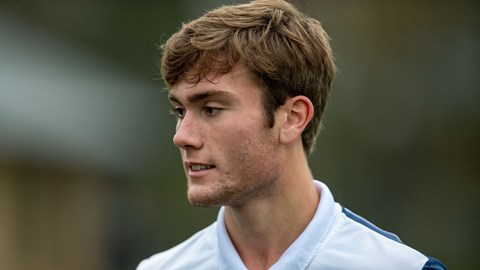 Blanchard 'Made Up' With Clean Sheet

Leigh netted his first shortly after the restart when he fired into the top left corner, and then he made it three with a low shot after he had been played in by Rodwell-Grant to wrap up the win.

Nick Harrison made five changes to the team from the last game against Bolton, with Lewis Coulton, Ben Dooley, Harry Huddart, Rodwell-Grant, and Jacob Holland-Wilkinson coming into the starting line-up.

Both sides had chances in a hotly contested start to the game, with Walsall’s No.10 shooting narrowly wide of the post and Holland-Wilkinson blasting over the bar at either end of the pitch.

Oliver Lombard was out smartly minutes later when a through ball nearly found the Saddlers’ striker; the PNE shot-stopper just got to the ball first to prevent a shot.

Walsall could’ve taken the lead when a ball across the box found the left winger at the back post, but his attempt went high over the bar when he should’ve got it on target.

Another chance went begging for the visitors when the defensive midfielder charged forward from the centre spot and toe-poked wide on the edge of the box.

North End were next to have a golden opportunity to go ahead when Coulton put a teasing ball right across the face of goal, which both Rodwell-Grant and Leigh were inches away from tapping in.

A crazy end to the first 45 saw Walsall’s No.1 sent off after he’d misjudged the bounce of the ball and saved it with his outstretched hand outside of the 18-yard box, with the referee blowing his whistle as Rodwell-Grant’s shot was heading into the net.

That proved to be inconsequential though, as the frontman tapped home after the substitute ‘keeper had parried Leigh’s free-kick to Rodwell-Grant, who gave his side a half-time lead.

That lead was doubled just four minutes into the second half when Leigh found himself with time and space on the left side of the box, from where he powered a shot into the top corner.

The scorer of the second then had a set piece from a similar position which was saved well.

The young Lilywhites kept attacking the ten men and should’ve extended their advantage when first Blanchard’s shot in the box was blocked, and then Holland-Wilkinson blazed over from close-range.

However, it wasn’t long until the third goal came – Rodwell-Grant tapped the ball around the corner into the path of the on-rushing Leigh, who took a touch into the box and placed a strike into the bottom left corner.

The first change for the hosts saw Leigh, who had picked up a knock from a tackle, make way for Kian Taylor.

Walsall looked for a way back into the game and a cross from the left flank was headed only narrowly over Lombard’s bar.

As North End looked for another, Rodwell-Grant spun his defender well and drove into the box, but he opted to pull the ball back instead of shooting and it was cleared by the visitors.

With five minutes left Lombard saved brilliantly from an edge of the box free-kick, diving to his right and palming the strike away to protect the clean sheet.

Bradley Kelly and Dan Mahaffy entered the fray for the final few minutes, replacing Blanchard and Noah Mawene, as North End saw out the win to take all three points in the North West Youth Alliance league.

Not only did the final whistle bring a valuable win, but also the youth side’s first clean sheet since the second game of the season in September.

Speaking after the game, Academy manager Harrison said: “I thought it was a very good performance and obviously it’s a very good result given that we’ve got a clean sheet.

“It’s a positive step in the right direction. Walsall had a couple of chances at the end, which teams will always have, and we defended well and thankfully stopped them scoring.

“[Playing against ten men] is a bit of a different challenge and young players can sometimes lose their concentration, but the fact we kept the clean sheet goes to show the players have done really well with their focus and keeping on top of the game.”

Having had a man advantage for a whole half, Harrison did feel like his side could’ve added to the two goals they scored after the break.

“We could’ve scored more than three today, to be honest, we had a number of chances, especially in the second half,” he said.

“The positives are that we created really good opportunities, whether that was through individual play or the team passing the ball really well.

“It’s the hardest part of the game putting the ball in the back of the net, so maybe it was a little bit of composure or a bit of quality in front of goal that we just didn’t quite have at certain times.”

The U18s play their final game before a three-week Christmas break next Saturday, making the journey to Tranmere.

Looking ahead to the game, Harrison said: “It’s the same messages that we’ve given the players throughout the season so far.

“We want players to work hard and work for each other, and then show their quality.

“Regardless of the result, first and foremost that’s what we want, and I think in terms of the players we’ve got in this group, if they do that then we will get a positive result.”