Preston North End picked up their first home win over Middlesbrough since April 1972 with a terrific 3-0 thrashing of Neil Warnock’s side. 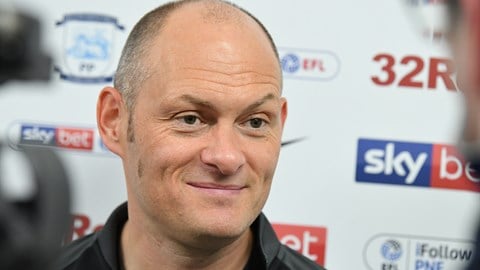 Second half strikes from Brad Potts, Scott Sinclair and Emil Riis’ first goal at Deepdale gave the Lilywhites their biggest margin of victory over Boro since another 3-0 scoreline back in January 1953.

Potts, deflected the returning Andrew Hughes’ 25-yard strike just after the hour mark to open the floodgates, with Sinclair collecting a pass from substitute Riis to arrow in a second, before the Dane smashed home after running from half-way six minutes from time.

There were four changes to the side that had taken a point from Wycombe Wanderers the previous weekend, with Hughes and Darnell Fisher returning in the full back positions and Potts and Jayden Stockley adding to the threats at the other end of the pitch.

The first half saw the home side the dominant force, having over 60 per cent of the possession and creating the best two opportunities of the game.

On the quarter hour mark, some great play saw skipper Alan Browne – returning to his preferred midfield role after filling in at full back in the absence of Fisher – played a one-two with Barkhuizen, before the ball was slipped in for Potts in a right-hand channel. The No.44 headed towards the by-line before firing a hard shot from a tight angle, but it flashed into the side-netting.

Just after the mid-way point of the opening period, Boro ’keeper Marcus Bettinelli was required to make a fine save to keep the scores level. A ball in was flicked on by Stockley and Tom Barkhuizen superbly evaded a challenge from Dael Fry and fired a hard low shot that the on loan Fulham stopper got down to smother, grabbing the ball at the second attempt as it looked to squirm under him.

Despite the chances, it was level at the interval and the visitors started the second half brightly, winning a couple of corners and set pieces around the penalty area and looking a threat, but on 62 minutes PNE got the goal their first half display deserved.

It came from a long throw from Barkhuizen, who launched the ball in from the right touchline, which was flicked on twice, by Stockley and then Browne, eventually coming out to Hughes 25-yards out. He fired in a low left foot shot that took a decisive deflection off Potts and into the bottom right-hand corner of the Alan Kelly Town End goal. 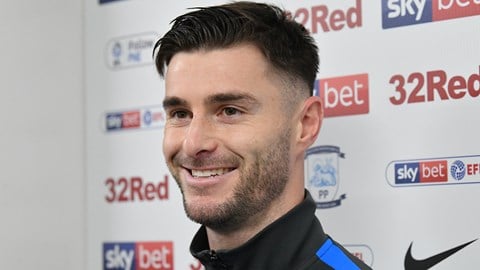 The Teesiders came out after going behind and Declan Rudd was forced into his only save of the night on 71 minutes, Marvin Johnson getting a shot away in the left corner of the box, the ball turned away for a corner by both hands of the North End No.1.

The lead could have been doubled with two with two clear-cut opportunities a couple of minutes apart. Firstly, Potts saw a vicious effort from a narrow angle on the left side of the penalty area pushed up and away by Bettinelli, the ball falling for Sinclair on the edge of the six-yard box, but his header came back off the bar.

And then 90 seconds later a brilliant break saw Stockley send Sinclair away; the winger bearing down on the box before firing a hard shot that the on loan stopper again pushed away, but Stockley’s follow up flashed wide of the left-hand post.

However, they got a deserved second with nine minutes remaining as a long ball from Rudd was laid off by Sinclair to Potts, who found Riis, who in turn passed the ball inside Boro’s right back for Sinclair to cut in from the left and fire low across goal into the bottom right-hand corner to make it seven for the season for the No.31, with his first goal at Deepdale since his first for the club back in February.

And to put the icing on the cake Riis then grabbed his first goal in PR1. It was all his own work as he picked up the ball on half way and ran at the heart of the Middlesbrough back line, checking in onto his left foot in a central area, before shooting past Bettinelli low and hard to make it 3-0.

The clean sheet was almost taken from the side when visiting substitute Marcus Tavernier showed a great bit of skill in the area, with quick feet, but his driven shot came back off the right-hand post and out for goal kick and the shut out for PNE was preserved as they made it seven points from the last nine.