Tuesday’s edition of the matchday programme sees skipper Alan Browne as the cover star and the main interviewee.

Speaking to The One And Only ahead of the final game of what has been a strange year for everyone, the Lilywhites’ No.8 reflected on a 2020 where celebrated the massive high of becoming a dad, but admitted he suffered his biggest low in his football career so far with the Republic of Ireland.

The 25-year-old midfielder welcomed Hugo into the world in January, with partner Shauna and he has had to cope with the crazy world of Covid-19 like everyone else – having to isolate after catching it on international duty.

And he admits on the pitch, for both club and country, it’s been a frustrating time.

“2020 hasn’t been great for anyone although Hugo came right at the start of it, which was probably a good time considering what was to follow.

“It’s the best job in the world being a dad although it is tiring. Shauna is from Ireland like me and so we have no family around, we just have our own little family.

“It’s tough at times, especially at Christmas, but it was my seventh Christmas away from home so, while it’s hard being away from our parents and siblings, we are used to it by now.

“I have loved every minute of having Hugo, I am quite relaxed about it all despite it being a full-time job!

“Thankfully Seani [Maguire] and his missus come around and help out at times, they do some babysitting, and we appreciate that.”

Alan admits ‘frustrating’ seems to be the word to sum up 2020 football-wise.

“It was different to other seasons as we weren’t playing catch-up. We were top at one point and we were sitting in the Play-Offs for most of the season. We were in a good position and it was a great chance for us to do something.

“To be honest, I thought the first lockdown, the rest, would do us good and give us fresh legs for the return to football but, looking back, it killed our momentum, we didn’t get going again and the season fizzled out and that was hard to take.”

And he says the start of the 2020/21 campaign has been ‘poor’ something which hurts him a lot, especially as he has been captain at times this season.

“It’s been up and down and we don’t know why. People say we are poor at home but we haven’t been really, it’s been fine margins. Then they will say we are a strong away side, and there have been some good performances, but it’s little things, again it’s fine margins. 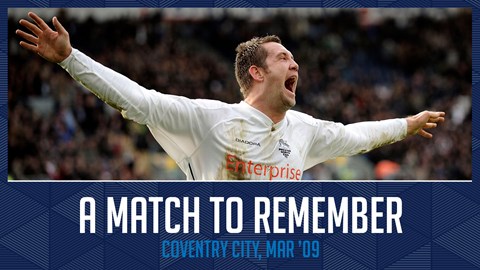 “We have tended to do well against the sides near the top and struggled against those lower down and we don’t know why.

“The injuries and suspensions don’t help, but that’s not the sole reason for our form and it’s a lot of different things and that makes it frustrating that you can’t pinpoint one thing and deal with it.

“We win a game and then we lose a game, that’s been the story of our season so far, and we can’t get any momentum. We have had some really good results but it’s been up and down and we need consistency.

“Saying that, a lot of teams seems to be struggling for consistency. You aren’t surprised if a team near the bottom beats a team near the top as it is really competitive, we know what it is about, and that’s what we have to take heart from, the league is tight.”

There’s loads more from Alan, plus interviews with Andrew Hughes, Darnell Fisher, Jon Macken and Michael Jackson, make sure you pick up your copy. You can order now by clicking here, where you can also get hold of previous matches if you have missed any this season.