Preston North End manager Alex Neil has been to a couple of Stoke City games of late and has been impressed with the work Potters’ manager Michael O’Neill has done.

10 February 2020
Speaking to iFollow PNE ahead of his side’s trip to face City on their own patch on Wednesday night, the Lilywhites’ boss feels the Northern Ireland chief has laid good foundations for the future at the bet365 Stadium.
“Their home form has been very good,” said Alex. “I have been to see a couple of their games and they have been good. Everybody looking at Stoke knew they had the squad and Michael has gone in and got them playing in a shape they are more familiar with, got them organised and got them fighting for every ball.
“When you do that with a group of players who have got some quality, when they have, then it is always the makings of being a decent side.
“They will be looking to try and get from now until the end of the season, accumulate as many points as they can, try and put this season behind them and start afresh from next season. That will be the biggest thing – but equally there are a number of games to win between now and then and Michael has certainly set the foundations to get away from any trouble they may have been in ten or 15 games ago.

“I was at their game against Swansea and they deserved to win the game, they were big and strong and they managed the game very well. They had a good compact shape about them and we know it is going to be a tough match.” 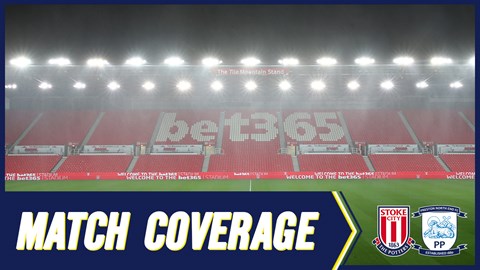 10 February 2020
North End moved back into the top six with the win at Wigan at the weekend and at this time of year pundits start to predict how the season will end up, but for the PNE gaffer, he is only concentrated on one game at a time.
“People can say what they like; we just have to focus on winning the games coming up,” he continued. “In football, what happens if that people will big you up and then they will write you off straight away and that’s what it’s like in this league.
“You just have to look at the likes of Leeds and West Brom. They have had difficult spells at the top of the division and if they can have, why can’t the rest of us?
“We have had a tough spell; we have come through that tough spell, we are in good form at the moment, we have a run of fixtures coming up that we have to try and take as many points from as we can do and if we can get to the end of this month in good shape then we go into the last ten games knowing it is in our hands and we can go and try and kick on.
“That starts and ends for us right now with Stoke. We have to go and try and win this game and then once that in done, we will take stock, see what have done and then go again.”
And with the division really tightening up at the top end in recent weeks, nothing is out of the question for the manager and his squad.

“Last season and the season before, when we were six or seven points away from the top six, we were talking about getting into the Play-Offs. Now we are five points off seconds, which means that that is still achievable, albeit difficult. 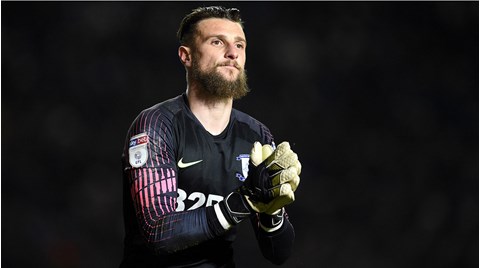 10 February 2020
“Any run of form for any team that is up and about there right now, puts them in with a chance of being successful.
“What I have been saying to our players, is that we need to get our work done right now. This month is crucial. You don’t get promoted with three games to remaining. You need to get your work done now, because by the time you get to that stage, you should basically know where you destiny is going to be.
“You might need to win a game; you might need to draw a game, or you might need make sure you don’t lose – whatever the case may be – but that work to get to that work you need to get done right now.
“We attacked Saturday’s game as if that was the case and we are certainly going to have to attack Wednesday’s game in the same way,” he added.