Preston North End midfielder Ben Pearson believes consistency in results and in his own performances are the target as the Lilywhites head to the Black Country on Tuesday night.

24 February 2020
The No.4 is expected to line up in Alex Neil’s midfield, as PNE face league leaders West Bromwich Albion at The Hawthorns and the former Manchester United is looking forward to the test.
“They are top of the league and they are there for a reason,” he told iFollow PNE. “They have got the most experienced squad in the league and have more consistency of the rest of the league.
“They have a good attacking force; they are good in all areas really, including the goalkeeper – who we have had here – they will be a tough opponent and we just have to look to get something.
“Callum [Robinson] has been a big signing for them in January. He has come up with two or three goals and a couple of assists and he will be happy with that, but we know what Robbo is about, his strengths and his weaknesses and we will try and stop him, but they have six or seven players who can damage you - even if he doesn’t start, there’s another who could come in and hurt us – so we just have to concentrate on ourselves and play the best we can.”
The reverse fixture, at the beginning of December, was North End’s only loss to a side in the top six so far this season and it came in controversial circumstances, with a last minute penalty in front of the Sky Sports cameras.
But Pearo feels the big games bring the best out of the squad: “It was a last minute penalty that shouldn’t have been awarded, but we have played well against the top teams,” he continued.

“We have picked up away from home in the last month or so as well and we will be going there with confidence. Both sides need the win and it will be two good sides fighting for the three points. 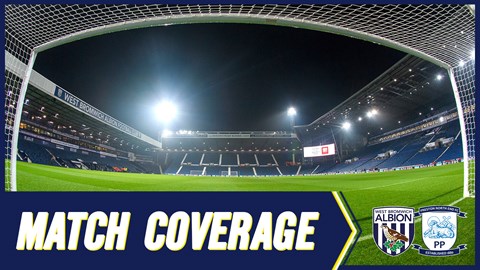 24 February 2020
“When you play the bigger teams, you have that added motivation, without even knowing. Coming up against the best players in the league, it gives you that hunger to try and do well and we will be going into the game with confidence.
“Saturday was an important win. With these two big away games coming up, it was crucial we won the Hull game just to give us that breathing space from seventh, which we now have.
“We need to get some points on the board this week if we really want to push on. If we can get a win in these games it would be great; we just need that consistency, keep racking up points and hopefully we will get there in the end.
“These two games are against two of the best teams in the league, along with Leeds, Brentford and Nottingham Forest.
“Those five are established in this league for a while now and when you come up against these teams, it is what you are playing for – you want to test yourself against the best players in the league and Tuesday will be just that, where we look to solidify our position in the Play-Off spaces.”
And with 12 games to go, he has been happy with his own contribution to the side, but is still looking for more: “I think I have been doing well the past three or four months.
“I have to consistently be that seven or eight out of ten every week, do my role the best I can and try and help the team to win games.
“I have been happy this year with how I have performed. Yellow cards have come down a little bit, which has stopped me getting suspended as much and I just have to crack on and keep being consistent,” he added.