Goalkeeper Jimmy Corcoran is confident PNE U18 can turn around their form after a narrow 1-0 loss to Shrewsbury Town. 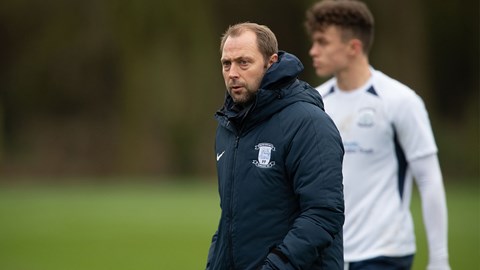 The defeat in the North West Youth Alliance league was their third in a row in all competitions.

Corcoran said: “Since I’ve been here I don’t think we’ve had three defeats in a row. It’s a run that obviously nobody wants and after going 12 games unbeaten, to lose three in a row, it’s not good.

“I think we’ve got a really good group of lads in the changing room though and we can turn it around, and hopefully next game we can get the win.”

The game was decided by just the one goal, with Shrewsbury forward Fasiu Sangare netting past Corcoran in the PNE net a minute before half-time.

“It was a good finish to be fair, it nestled right in the corner so fair play to him. Before that he had a shot on the turn that I made a good save from.”

The young Lilywhites controlled the majority of the game, having six clear-cut chances to the visitors’ none, and the PNE U18 ‘keeper felt they should have come away with at least a point.

“We definitely deserved to come away with more than that,” he said. “We should be scoring at least one or two of our chances and getting on top of the game.

“We thought we dominated the game and we were the better team.

“It was one of those scrappy games and one that you need to see out and grind through and try and nick a goal. It just didn’t fall our way today.”

Corcoran and his team-mates will be looking to find their form from earlier in the season to string together another unbeaten run.

“It’s definitely crucial that we get back to winning ways and to get that winning momentum going, especially going into a big game in the FA Youth Cup, so hopefully we can turn things around next week.”