Academy manager Nick Harrison was pleased with the way his side performed on Tuesday night despite exiting the FA Youth Cup in the fifth round.

The U18s put in a great display under the lights at Ewood Park and twice went ahead through Ethan Walker and Tyrhys Dolan, but a controversial red card when 2-1 made it an uphill task for the North End youngsters. 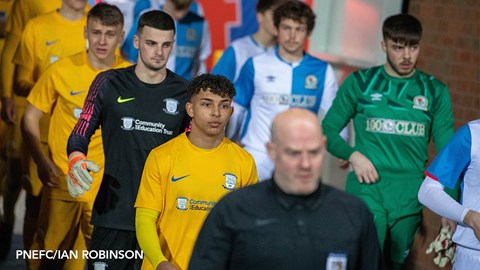 Speaking after the game, Nick said: "Obviously we are disappointed with the result and the way we've gone out but we are pleased with the way the lads responded, certainly coming out in the second half, we conceded the goal towards the end of the first half and we were delighted with the way we responded.

"I thought when we were winning the game 2-1 we looked quite comfortable and then obviously the sending off makes a massive difference and probably contributes to us losing the game."

On the red card shown to Ben Dooley on 70 minutes, he continued: "I thought it was a free-kick, we ended up with a throw in after the melee but I've just had a look at it, he certainly tapped him, I'm not sure there's any major contact but I think maybe when you do that you give the referee a decision to make. 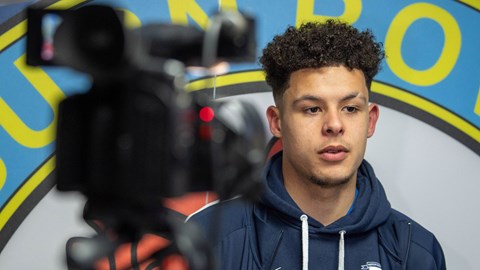 "I think it is a soft red card but that's something that Ben Dooley will have to learn from. He was having a great game prior to that and it's a learning curve for him and hopefully when he comes across a situation like that again he doesn't respond in the same way."

North End had taken an early lead in the first half but were pegged back five minutes before the break, and Harrison was pleased with the way his side responded to that set back.

"I think that's what is most pleasing, we came out in the second half and we get the goal to go 2-1 up.

"Even when we went down to ten men we created a number of chances and I think if had a bit more devilment in the six yard box to go and put our head on it when the 'keeper flapped a little bit we might have just got another goal. 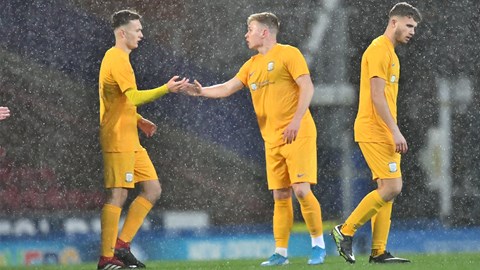 "The players have just got to learn from this situations and if they do then they will become a better player for it."

There were almost 1,000 fans inside Ewood Park to support both sides, with a superb vocal following for the young Lilywhites, something that didn't go unnoticed.

"It's fantastic, we get great support down at UCLan and for them to come to Ewood Park and we could hear the fans more and more as the game went on and it got a little bit more frantic so we are really pleased with that. It shows that the fans have got great support for the players coming through the youth ranks."