Preston North End midfielder Josh Harrop believes the Lilywhites’ fans have a huge part to play in the final few months of the season.

6 February 2020
The former Manchester United man is looking to continue his own good form into the last 16 matches and feels any extra support from the terraces could make a big difference between now and the end of the season.
“I feel like we are in good form, a confident form and every match matters now and it is important now for the fans to get behind us and push us to see where we can get to,” he told iFollow PNE as he looked forward to the trip to the DW Stadium this coming Saturday lunchtime.
“We want to try and push as high up the table as possible; there are not many points in it and we just want to keep moving forward.
“This league is a crazy league – mad things happen. Teams drop out of form and others get into form and we just have to concentrate on ourselves and in every game, maintain a high standard of energy, to keep performing and keep getting results.
“You can’t go into any game underestimating anyone. Teams are fighting to go up, teams are fighting to stay up and there are teams in the middle who want to get higher. There is no easy game in this league, so you have to prepare well, make sure you are focused and do the best you can.

“I think the fans play a massive part in a team’s performance as well. When they are behind you, you feel it – it gives you an extra boost of energy when you hear them cheer, so for this last bunch of games we want the fans to be behind us, we want them to be pushing as much as they can. 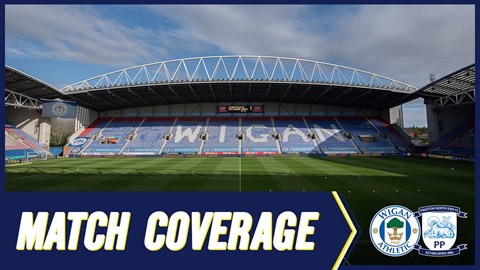 6 February 2020
“As a team we know we can do as well as we can, but with that extra push, it can take us over the line.”
North End head to Wigan on the back of a point at home to Swansea City, which the No.10 feels is a good point, whilst he was also impressed by the performance of new team-mate Scott Sinclair and car school pal Ben Pearson.
“Every point is a good point,” he continued. “I felt we were quite good in the game; the first half we maybe didn’t play the best football, but in the second half we kicked on a bit and could have got a bit more from the game.
“[Scott Sinclair] has shown a glimpse of the quality that he has and I had a bit of banter with him saying ‘he swung a leftie at it’, but he is a top player and he has it in the locker to pull out a goal like that from nowhere.
“[Ben Pearson] had a great game at the weekend. Everything he did was sharp; he moved the ball fast, he broke the lines – when they were trying to come forward he was taking the ball off them very easily and he showed the quality that he has – he was very, very good.”
Having spent the majority of the 2018/29 season on the sidelines after suffering an AL injury, the former Red Devils Academy graduate is enjoying every second of being back playing: “I don’t think about [the frustration of the injury and missing most of last season] it any more.
“The body feels good and I go into every game confident and almost excited – wanting to have an impact on games, wanting to score goals and create chances and I feel like I have done that quite well and I want to do more.
“It is almost like I have missed playing football and now, every time I am out on the pitch, I enjoy it and want to make the most of every minute I have playing football. 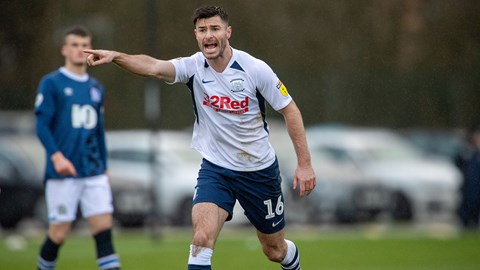 6 February 2020
The trip to face Paul Cook’s side will be a tough one. The Latics will be buoyant after their win at Leeds United last weekend, but Josh says the PNE squad are confident and looking forward to the challenge.
“This is a big period now – the last 16 games – it is massive. We want to put everything we have into it. Every point is massive and we have a run of games where we want to build on the last run of four and try and maintain it.
“We want to stay confident, stay raring to go, stay fit and see where it can take us.
“As a group we are always confident. We never feel the underdog in a game; we always feel like we can go into a game and win it and we have shown that this season when we have dominated most of the games.
“We had a little blip, but we are past that now and we are looking at every game raring to go and looking forward to the games.
“Every game is a good game, but the ones on TV, you know more people are watching and as a team you want to show what you can do. We have worked on what we have needed to this week and we will be ready for the weekend,” he added.