The match referee for this weekend’s trip to face Fulham at Craven Cottage is David Webb.

27 February 2020
We are seeing David for the third time this season, having had him officiated the Carabao Cup second round penalty victory over Hull City at Deepdale back in September and out last victory in London, November’s 1-0 win over Charlton Athletic.
The Hull City tie was his first game at Deepdale since 2016, when he had the whistle in PR1 for our 2-0 home win over Peterborough United in the middle of the 2015/16 campaign.

Last season he officiated two PNE games, the away matches at Birmingham City and Derby County. 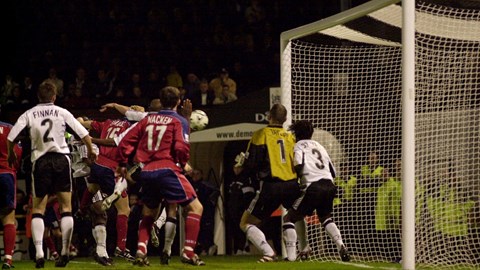 27 February 2020
Overall then he has refereed the Lilywhites on 12 occasions, some of the most memorable games including the FA Cup win at Wycombe Wanderers, when Kevin Davies scored a stunning strike from 35 yards, and a 3-2 home win over Crewe Alexandra in 2011 in the league cup.
Overall this season, he has taken charge of 27 games, issuing 69 cautions and no red cards, with this being his third trip to Craven Cottage this season, the others being their 1-1 draw with West Brom early in the campaign and a 1-0 success over Middlesbrough in January.
He will be assisted at The Valley by assistants Geoffrey Russell and Adrian Waters, whilst the fourth official will be experienced Championship official Gavin Ward.