For the fourth time this season Preston North End will have Steve Martin as the match official, when we face Hull City at Deepdale on Saturday.

20 February 2020
He has already refereed the opening day 1-0 defeat to Millwall, the 1-0 win at Birmingham City in September and the 3-2 Lancashire derby success over Blackburn Rovers in November.
Steve also had whistle for the Millwall away game last season as well, when Alex Neil’s men came out 3-1 winners, back in February at The Den.
That was one of the match official’s three games officiating both North End in 2018/19, the others being PNE’s wins at Nottingham Forest and at home to Ipswich Town – his last visit to PR1 back in April, when we ran out 4-0 winners.

Since coming onto the EFL lists back in 2012/13, the Staffordshire referee has officiated 14 North End games, at least one a season for all the years he has been on the league groupings. 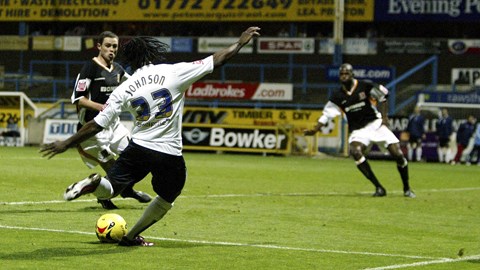 20 February 2020
His first game was a goalless draw against Leyton Orient back in March 2013, whilst other memorable games include our 3-0 win at Havant & Waterlooville in the FA Cup in 2014, a 3-0 home win over Cardiff City in 2016 and a 3-1 win at Oldham’s Boundary Park in 2014.
This campaign, he has officiated a total of 25 matches across the four divisions, issuing 61 yellow cards and two red cards. His only game in charge of Saturday’s visitors this season came in their 2-1 home defeat to Huddersfield Town last month.
The other members of the third team involved in Saturday’s game are assistants Jonathan Hunt and Andrew Fox and fourth official Wade Smith.