Declan Rudd said he and his Preston North End team-mates must look to put the 2-0 defeat to West Bromwich Albion to one side.

North End were beaten by first half goals from Hal Robson-Kanu and Jake Livermore and went onto finish the game with ten men, Darnell Fisher’s second half dismissal making their task more difficult. 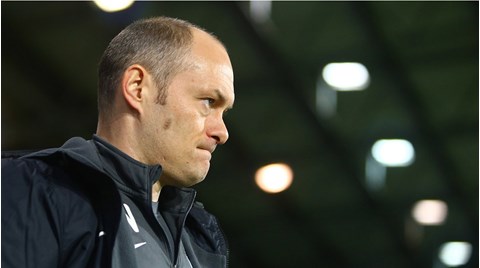 Cutting Edge The Difference For Alex

The Lilywhites’ No.1 stressed that he knew facing the SkyBet Championship leaders would represent a tough task but said that after falling just short they must quickly move onto the next game, with a trip to Fulham looming at the weekend.

“We obviously knew it was going to be a tough game, you look at their individuals and they’re pretty much a Premier League team,” Dec told iFollow PNE.

“Their front four would give any team trouble, so we knew it was going to be tough, but when you concede so early it just puts you on the back foot and it’s hard to come back from there. We played against, in my opinion, the league winners and if they keep going like that, there’s no way anyone’s going to catch them; they’re different class when they get going.

“It’s the quality they’ve got, everyone here knows the quality [Callum Robinson] Robbo’s got and I think he’s taken that to the next level. He looked unbelievable out there, it’s a shame he had to do it against us but he’s been doing it week in, week out recently.

“It’s just one of them games now where it’s done, we’ve got to put it to one side, we’ve played against the league leaders and haven’t disgraced ourselves, we gave it a good go but we just come up short.

“It’s just a shame that we did concede so early because I think the longer the game goes on, the more chance we’ve got because they’ll start to get a little bit hesitant and worried about losing the game. But when they go 1-0 up in the first five minutes it does make it really hard.” 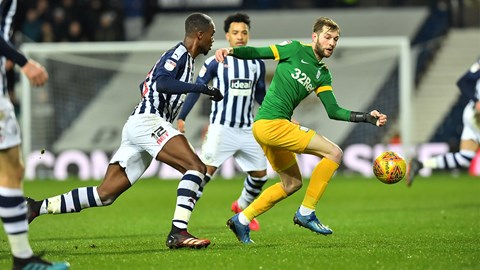 Dec also gave his view on the red card shown to Darnell Fisher in the second half and felt that most onlookers’ opinion of it would likely depend on where their allegiances lie.

“We all know Darnell is a tough tackler, he likes to get stuck in and that’s how he is and you don’t want to take that away from him because that’s what he brings to the team.

“It’s one of them where everyone’s going to have different opinions – all of them probably say it’s a red card, all of us would probably say it wasn’t. I think it’s one which has a bit of controversy, but the referee has been made to make a decision and he’s chose a red card.

“To be honest, I looked straight at the ref and I saw him go straight for his back pocket so it was a decision he made straightaway.”

The goalkeeper did take the positive that, with PNE remaining in sixth and seeing teams around them in the table also lose on the same night, that their own position and standing within the table remained unchanged – likewise with their approach for this weekend’s trip to Craven Cottage.

“Nothing’s changed for us, we’re still the same points clear of seventh, still sixth in the league. Two teams above us lost, nothing really changes. We’re still going to Saturday’s game sixth, no-one can catch us until then, so it’s all about taking the position we are in the league rather than tonight’s result.

“Obviously, we’d have liked to have come here and put some more points on the board, but we haven’t and we’ve got away with one because other teams have lost as well. We’ve got to take that as a positive and move forward.”