Preston North End face Fulham at Craven Cottage this weekend, the 66th meeting between the sides in league competitions.

27 February 2020
The Cottagers lead the head-to-head with 29 wins, to the Lilywhites’ 24, the first game being back in November 1912, when the home side were 3-1 winners.
PNE’s first win on the Thames came in March 1915, when they win 2-0, in one of four seasons we have done the double over Fulham, the last being in 1994/95, with a chance to make it five times this weekend, following December’s 2-1 success.
All the games down the years have been tight, with our biggest victory being a 3-1 win in 1972, just a year after our famous 1-0 promotion success at the Cottage, when Ricky Heppolette’s diving header secured promotion.
But one of the most remarkable wins in West London was actually our last, back in 2000, when David Moyes’ side inflicted Fulham’s first defeat of the season.

And it was Michael Appleton who proved the match-winner, with a bizarre 68th-minute winner. The now Lincoln City boss scored direct from a corner, as Fulham left the near post unguarded to dent the hosts’ great start to the campaign. 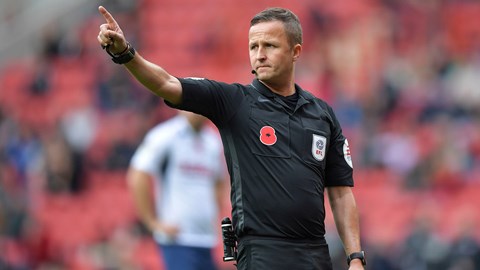 27 February 2020
After winning the first 11 games Fulham could only manage a draw at Wolves the previous weekend and then tasted defeat. In truth no-one could begrudge North End their win as they harried and chased and attacked with vigour.
Although the goal was a trifle fortunate, they came close on other occasions and with better finishing might have doubled the score.
The Londoners had more of the play, but too often spoiled good moves with a final misplaced pass.
Even so they had their chances, but Barry Hayles hit two shots tamely wide and Louis Saha put two over the bar.
David Lucas, in the PNE goal, made some good saves, notably from Saha and from his own defender Sean Gregan who came dangerously close to scoring an own goal.
And it was all Fulham in the closing minutes, but Preston North End held out for the three points in a season that saw Jean Tigana’s side promoted as champions and the visitors lose out in the Play-Off Final to Bolton Wanderers.