Preston North End welcome Hull City to Deepdale for the 59th encounter between the two sides in league competition this weekend.

20 February 2020
North End have prevailed on 26 occasions, with the Tigers having beaten them 20 times. The sides’ first meeting was in the 1912/13 season at Deepdale, PNE victorious by a 1-0 scoreline.
Their last win over Saturday’s visitors came in March 2018, a Greg Cunningham strike and Alan Browne’s penalty handing Alex Neil’s side a 2-1 win after Jarrod Bowen had opened the scoring for Nigel Adkins’ side.
North End’s biggest win over Hull was a 5-0 victory in the 1933/34 season.
This week’s delve into the articles sees us reach November 2005, when goals from on-loan pairing Jemal Johnson and David Jones, as well as Paul McKenna, saw Billy Davies’s PNE side record a 3-0 victory under the lights at Deepdale.
Hull’s team sheet that night contained a number of familiar faces to North End fans, with Leon Cort and future PNE captain John Welsh both going on to feature for the Lilywhites in later years. Ian Ashbee was out injured, whilst Jon Parkin was not named in the Tigers squad.
The victory ended a nine-game winless run for Davies’s men, with the last five of those having been draws. 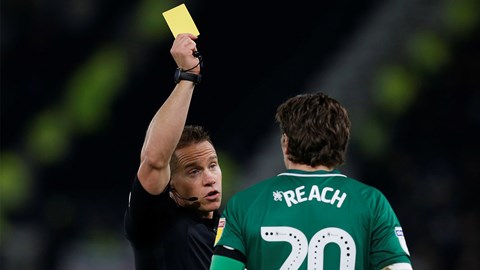 20 February 2020
Myhill was called into action again on 17 minutes to tip over Chris Sedgwick’s effort from range, before Johnson struck the post.
Johnson then gave North End the lead just before the hour. Captain Chris Lucketti’s ball in was met by the Blackburn Rovers loanee, who fired his shot into the roof of the net.
Jones then added PNE’s second of the night on 73 minutes, his left-footed effort going past Myhill and in off the post.
North End then concluded the scoring for the night, Matt Hill playing the ball in for McKenna to strike a sweet right-footed shot into the net.
Speaking after the game, Billy Davies said: “We came in at half-time and I was beginning to wonder if it was going to be the same old story again. It was very important we continued to play in that manner and the goals finally came.
“We put in a very good performance and deserved the three points. We have got to build on that now we have got a so-called monkey off our back.”
Hull boss Peter Taylor admitted: “It was a fair result in the way we dropped our heads after that first goal went in.
“We let them run at us and didn’t communicate properly. What we needed was Ian Ashbee in there, he would have got his message across. The players are still over the moon to be at this level and it showed.”