Preston North End manager Alex Neil was left frustrated by two goals that would have been chalked off had the game been played at Carrow Road. 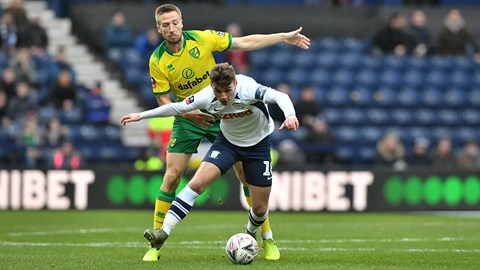 4 January 2020
Both the second and fourth goals scored by visitors Norwich City in their Emirates FA Cup third round at Deepdale were clearly offside at second viewing, but with VAR only in operation at Premier League grounds they were not ruled out.
This left the Lilywhites with a mountain to climb and ultimately the Canaries were ones who booked their slot in the fourth round.
Speaking to iFollow PNE after the games, the gaffer said: “Having looked at the second and the fourth goal, both are clearly offside, which is obviously disappointing for us, because they are big goals in the game in terms of giving them a massive advantage.
“The problem you have got is that assistants now in the Premier League are hard-wired in to not making decisions, because they have VAR to rely on and unfortunately when you don’t have VAR to rely on in our game, those two decisions have proved to be wrong, which makes it doubly difficult for us.

“If you give any Premier League team a two goal start, it is always going to be a tough game.”

Alex was pleased with his side’s reaction to coming in three goals down at the interval and felt they were on top when the controversial penalty was awarded.
“I thought we had good spells throughout the game. I thought the second half was much better than the first half,” he continued.
“When we tried to get the ball in the first half, we were surrendering it without any structure behind it; in the second half that improved a lot and it certainly helped in getting the ball back and trying to get a momentum.
“It made us look a bit more solid as well, but the fourth goal is a killer because it is clearly offside and we don’t get that decision and we make a couple of errors, which hands them a couple of goals, which is tough.
“The easy thing to do would have been to feel sorry for ourselves at half-time, but I don’t think we did that.

“There was a good couple of performances in the second half, so we will take the positives out of that and there are certain things in the first half we can improve on. 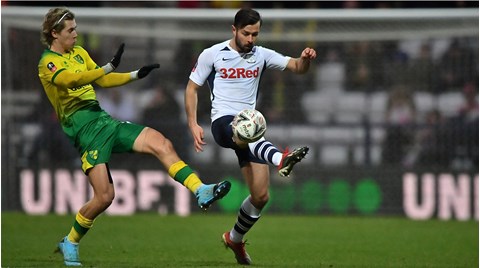 4 January 2020
“When the fourth goes in, it is probably one of our best spells in the game, so it changes the game again, but we had some better performances in the second to build on.”
He was also disappointed at the scheduling of the game, feeling that for a prestigious competition it should not come as the fifth game in 15 days.
“I don’t really understand why they put it at the end of four games in ten or 12 days – and we had an illness bug this week that didn’t help – but we have the first couple of days off for the first time in a couple of weeks and mentally and physically it will be good for everybody to get away, because then we have a massive game coming up at Blackburn next weekend,” he added.