Ahead of Charlton Athletic’s visit to Deepdale on Saturday, Preston North End manager Alex Neil says his side can build on the point gained at Blackburn Rovers, if they are strong and resolute.

16 January 2020
The Lilywhites boss believes they’ve not been fully rewarded for some good performances in recent weeks.
“What we need to do is just get back to making less mistakes and being more resolute,” he told iFollow PNE. “We spoke before the Blackburn game about not giving it away cheaply and making sure we’re solid, and within three minutes we give a cheap ball away and it ends up in the back of the net.
“We went to Cardiff, played really, really well and should have won, but couldn’t convert our chances. We went to Leeds and should have won, but got done by a deflected goal in the 89th minute.
“Then we’ve had a couple of disappointing defeats because we were cheap with possession. Again, we didn’t really take our opportunities when we had them, certainly against Reading. We had countless opportunities against them and then obviously went to Blackburn and dug out a scrappy point, so I’m hoping that is going to be a platform for us to go and really try and kick on.”
The PNE manager has been impressed by his team’s enthusiasm in the search for wins in recent matches, but feels that has to be combined with a better balance between attack and defence.
“When you’re scoring goals, the defence know they just need to be relatively strong and compact,” Alex continued. “When you’re struggling for goals and you force people on and you open the pitch up, it naturally leaves you more vulnerable because you’re trying to force the issue to make sure you try and win. Then it’s counter-productive because you’re conceding goals.

“That balance and that confidence in each other in terms of going forward and defensively, we just need to strike that balance a little bit better. But it’s literally a minor tweak. 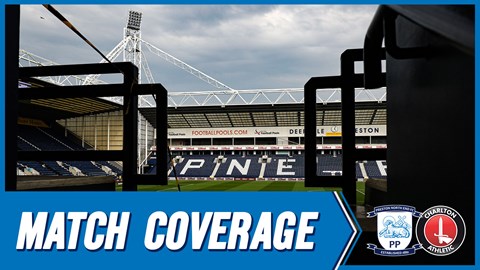 16 January 2020
“If we can get that first goal and just gain that little bit of momentum, let the back lads do what their job is, we don’t need to force the issue so much. I think what’s happened of late is, because our home form has been so good, against Middlesbrough and Reading, we really threw caution to the wind, but really, really early. Probably naively to a point. That left real gaps and holes in the defence as they countered because we were so desperate to win the game.
“But I think it’s nothing, but pure enthusiasm to go and try and win matches. I don’t think it’s anything other than that because the boys are working as hard as ever. What we need to do is just be a little bit more calm and build ourselves into games more, rather than trying to win it in the first ten minutes.”
After an impressive start to the season which saw them go unbeaten in their opening seven league matches, Saturday’s opposition are in a similar boat themselves and the gaffer says the Addicks’ performances haven’t necessarily been reflected in their results of late.
“What they have had is a really poor injury record, in terms of having missed a lot of key players, which has been really difficult for them.
“I think they’ve played the same way. They’ve probably conceded goals that they’ll be disappointed with. Equally, they’ve maybe not scored as much as what they did a bit earlier in the season and those factors can be defining moments in games. If you get a good opportunity and you miss it, it gives the opposition a boost.

“Earlier on in the season, they were finding themselves on the right side of those scorelines and of late, they’ve obviously found it more difficult. 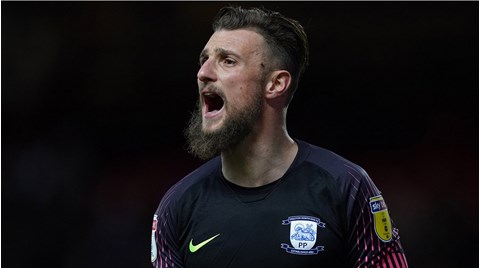 Rudd Feeling His Best And Enjoying His Football

16 January 2020
“I don’t see a big difference in the performance and at times they’ve been a bit unfortunate. I watched the game against Hull. They were leading 2-1 in the 96th minute and nine times out of ten, the ball into the box is cleared, but it ends up that the lad heads it into the bottom corner.
“The sort of momentum that they built at the start of the season can quickly dissipate because you get a couple of knocks. It’s how the players then respond to it,” he added.
Watch the full interview with Alex on iFollow PNE now by clicking on the video above.