11 December 2019
The Leyland-based company will have their logo on the left sleeve of all players’ shirts in all the games the Lilywhites play in the competition in 2019/20.
Their logo will appear for the first time in the third round tie at home to Premier League Norwich City, on Saturday 4th January, with a 3.01pm kick-off and should Alex Neil’s side progress against his former employers, will stay on the sleeve for any future rounds.
Speaking about the deal, PNE’s Head of Commercial Partnerships Stephen Hobin said: “I am really pleased to of secured the club’s first ever sleeve sponsorship for our third round Emirates FA Cup tie against the Canaries.

“This is a great example of a bespoke targeted campaign with a well-respected local brand that will benefit not only from the TV exposure on our famous shirts, but also from a considered marketing campaign in the build-up to the fixture through the club’s official channels. 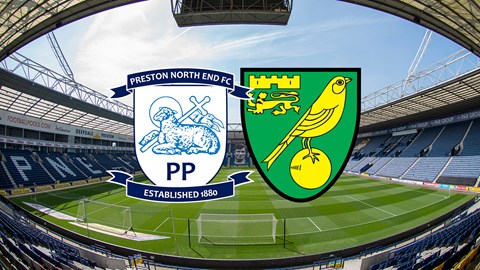 30 December 2019
“The deal will see the sponsorship brought to life through our LED system in the game, big screen and programme advertising and I am really looking forward to the start of a long relationship with the Greg and his team in Leyland.”
Greg Kane of Clearview Home Improvements added: “We are delighted to be the club’s inaugural Emirates FA Cup sleeve sponsor as part of our burgeoning partnership.
“PNE are right at the heart of the local community, so to have the chance to be directly associated with them, through what will hopefully be a lengthy cup run, was something we couldn’t turn down.
“We look forward to working closely with the club throughout the remainder of the season and beyond.”
The North End home shirt, that will be worn for the Deepdale clash, will be revealed in due course once sign off has been granted from the FA.