Preston North End midfielder Daniel Johnson enjoyed his return to the team in Saturday’s win over Charlton Athletic and is looking for more of the same at Oakwell on Tuesday night.

20 January 2020
The No.11, who was joined at the top of the goalscorer chart by Josh Harrop at the weekend, is expecting a tough test against Barnsley, but believes the side can take confidence from their latest three points.
“It was tough having been out for seven weeks and then coming back, but I wanted to put a stamp on the game and carry on where I left off,” DJ told iFollow PNE. “It was good to be back out there, I had no issues and it was good to get a win.
“This league is relentless with how quick games come around, but I am buzzing going into Tuesday’s game. With the confidence from Saturday we can hopefully build on it with a win and then we have a bit of a break before the next one.
“All the games are tough. Last time we played Barnsley, we played really well and scored some really good goals, but they have improved since then.

“It is going to be a tough game going over to their place, but ultimately, we just have to concentrate on ourselves. 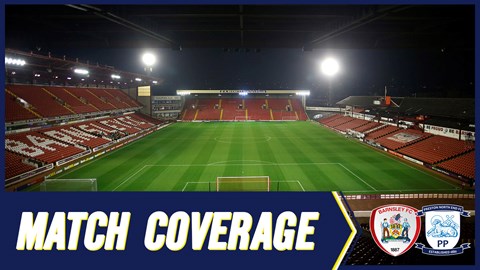 20 January 2020
“It will be a bit like Saturday [against Charlton], a game of transition. Recently we have been better against the teams who have a high pressing game – fighting fire with fire – and we have to concentrate on ourselves, play our own game and hopefully come out as winners.”
Manager Alex Neil talked about his midfielder’s importance in the middle of the pitch when it comes to communication, something that the former Villa man feels is vital to the team’s success.
“It just comes naturally to me,” he continued. “I want to be a leader and if I can pass information to the other boys on the pitch, especially the boys who are playing in front of me, it makes my job a lot easier. As long as there is good communication on the pitch, it makes everyone’s job easier.

“We are a team that wants to be on the front foot and we want to press teams and win the ball back in their half and communication is one of the top two key things that needs to happen, because if we hunt as ones or twos, we will be picked off, but with communication it can be three, four or five and it will be much better.” 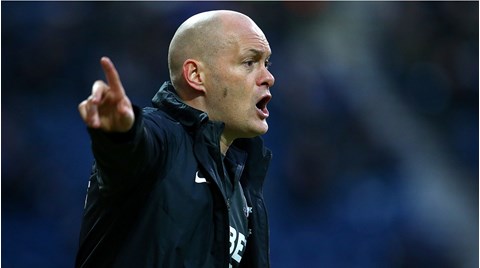 20 January 2020
A player joining Johnson in the team for the first time at the weekend was Scott Sinclair and his team-mate believes that the January signing can play a big part over the coming weeks and months.
“Scotty is a different type of player and he reminds me a big of Aiden McGeady, he is that type of player. Since he has come in, he has looked good and there is going to be a lot more to offer.
“I was surprised he played the full 90 at the weekend and he is a winner. He knows how to get through games and I am looking forward to seeing what is to come.
“As players and as a team we are grasping very quickly what is needed to win games and get over the line. Over the past couple of years we have been very close and we now know what it will take to get over that line and hopefully we can continue where we left off on Saturday and get another win,” he added.