Alex Neil said his side merited all three points as they came from behind to earn a 2-1 win over Charlton Athletic at Deepdale. 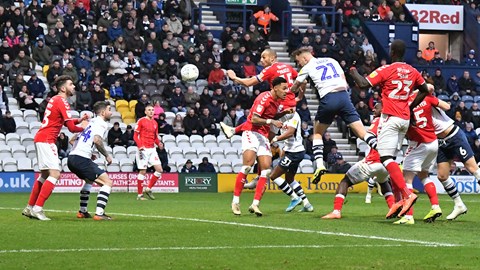 Former Lilywhites loanee Andre Green opened the scoring inside five minutes for the visitors but North End responded well to that early setback with Josh Harrop levelling the score before half-time and Patrick Bauer nodding in the winner early in the second half.

The manager was disappointed with the manner of the away side’s goal but praised his team for their comeback, noting the importance of this afternoon’s victory.

“I think we needed to get back to winning ways,” he told iFollow PNE post-match. “I thought it was a crucial game for us in terms of just getting the points really, gaining that little bit of confidence and hopefully getting back to what we were doing not so long ago, which was playing really well.

“It didn’t start well, if I’m being honest, I thought the goal we conceded was really sloppy – we didn’t get out down that side quick enough and even when it did come in, we didn’t defend our box well enough. From that point, I’m looking, thinking, ‘We need to now rally.’

“And I think at that point, there’s a few questions posed to the players then because they need to have the courage and bravery to go to try and play and go and overcome that setback and not feel sorry for themselves.

“I thought they did that, I thought after that [Charlton’s goal], we dominated right up until half-time; Josh scores a great goal for us and I thought we probed and moved the ball really well, created some problems for them and you need to be patient in that sense.

“We got the goal [in the second half] and then from that point, I thought we were in control of the game really. I thought we merited the points, I thought we were the better side throughout the match – disappointed with the sloppiness at the start but as we know, there’s always things for us to work on.”

Josh Harrop continued his strong run of recent form, his first half strike making it three goals in his last three, before providing the assist for Bauer’s winning goal. 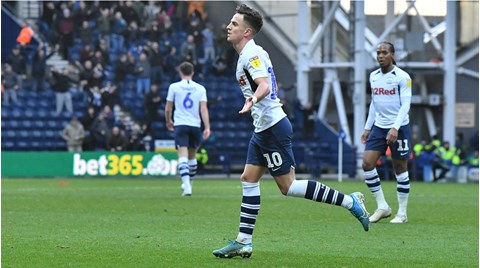 And Alex is hoping the Lilywhites’ No.10 can continue making a positive impact in the final third as his side approach a packed schedule in February, following Tuesday’s night trip to Barnsley.

“It’s great and he comes on and he impacts it from the bench earlier in the season as well. It’s a bit unfortunate because when he broke in initially at the start of the season, he was getting games and he was playing well and then obviously picked up that injury and that sort of set him back.

“But I think certainly the last two games, he’s had big impacts on both and we want to keep that going. And hopefully he can continue to grow, continue to get better and keep affecting games for us.”

Alex was also pleased with the impact of match-winner Bauer after he netted the decisive goal early in the second half.

“Patrick’s been excellent for us this season. I think he’ll be disappointed with the first goal, we didn’t defend that front area well enough. I think we’ve still to get him back to the form he was in before his illness, I think that certainly set him back a little bit.

“But that will go a long way to restoring his confidence. He’s been excellent for us this year, he’s been a great signing, so there’s always going to be little lulls throughout the season and that goal made a big, big difference.”

Next up for North End is the midweek visit to Barnsley and the manager stressed that his side must be on top form once again as they target back-to-back wins.

“Barnsley are a good side, I know we beat them here 5-1, but they’re a very different kettle of fish at their place. I’ve seen them three times live at their place and each and every time, they’ve been better than the opposition.

“We can’t be lulled into any sort of false sense that we’re going to go there and just roll Barnsley over, because that’s certainly not going to happen, and to be honest, we’ve got no divine right to beat anybody at this level unless we work reall, really hard and play as well as we can, so that’s what we’ll be setting out to do.”