Taking charge of his first Preston North End game of the season in Saturday’s derby with Blackburn Rovers is referee James Linington.

9 January 2020
The Isle of Wight match official took charge of two PNE games last season, our August trip to Swansea City and the final game of the season away at Brentford.
He was also the man in charge of the game for our game with Cardiff City in December 2017, when Tom Clarke scored a late winner.
James took charge of three PNE games that season in all, the trio all away from home, with the games being the 2-1 win at Hull City back in September, the aforementioned game at the Cardiff City Stadium and the 1-0 win at Sheffield United in our final away game of last season.
This is also his first Rovers game of the season, having so far officiated 17 games, issuing 56 cautions and three red cards; his last game being Barnsley’s 3-1 FA Cup win at Crewe on Sunday.

Three seasons ago, the referee made his first visit ever to Deepdale for the clash with Wolves back in November and was then the referee in the away game at Derby County back in March. 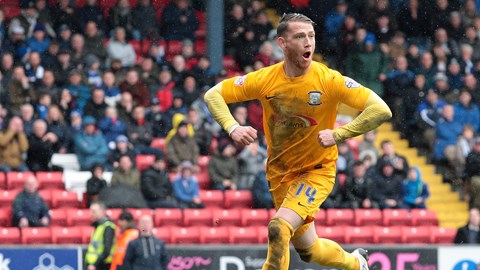 We’ve Met Before: Blackburn Rovers Away

9 January 2020
The season before he was referee of the PNE game at Ashton Gate, when Greg Cunningham scored the winner against his former club and that was his third game in charge of PNE.
The other time he refereed North End was another game in the south of England, when the Lilywhites won 1-0 at Gillingham in the League One promotion season, courtesy of Paul Huntington’s goal in his first start of the season.
He will be assisted by James Wilson and Nick Barnard, with Ollie Yates acting as the fourth official.