Saturday’s clash against Charlton Athletic sees a match official taking charge of his third North End game of the season.

16 January 2020
Dean Whitestone will be the referee for the visit of the Addicks to Deepdale. The Northamptonshire official has refereed PNE games on 11 previous occasions, the first of which was at Bramall Lane back in October 2008.
The official has taken charge of two North End fixtures so far this season, the most recent being the trip to Reading’s Madejski Stadium in October. He was also the man in the middle for August’s trip to Swansea City.
He has officiated 18 games so far this campaign, issuing 52 cautions and two red cards.

Prior to this season, he last refereed North End in October 2015 in a goalless draw with Bolton Wanderers at Deepdale. 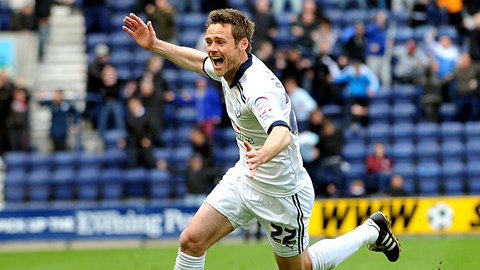 16 January 2020
Two of the stand-out PNE games he has been in charge of, were a 3-0 victory at Barnsley in August 2009, and a 3-1 triumph on the road at Doncaster in October 2012.
Saturday’s referee is yet to take to the field in a match involving the Addicks this season. He last officiated a game involving the side from The Valley, was in March 2019, a 0-0 draw away at Bristol Rovers.
The rest of Saturday’s third team will be made up of assistant referees Rob Merchant and Phil Dermott, whilst the fourth official will be Liverpool-based EFL official Peter Wright.