Nick Harrison was satisfied with how side overcame the threat of Oxford United to reach the FA Youth Cup fifth round with a 2-0 win over the U’s at Deepdale.

Ethan Walker scored twice for North End’s youngsters, one in each half, setting up a Lancashire derby in the next round with a trip to Ewood Park to face Blackburn Rovers. 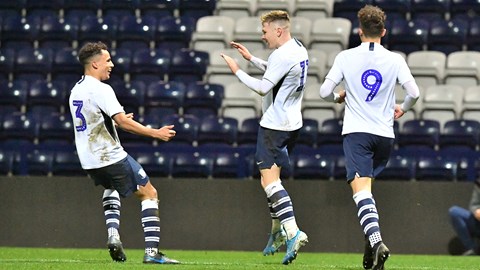 “It's fantastic, another clean sheet and two goals to win the game so we are delighted with the result and it's brilliant to get through to the next round,” he said.

“I thought they [Oxford] had some great chances in the second half and Jimmy has pulled off a couple of good saves and he pulled off a good save in the first half as well. They've scored a lot of goals in their league and we knew they were going to be a threat throughout.”

After Walker’s second goal ten minutes into the second half, Nick noted how side maintained their shape to prevent Oxford from pulling a goal back.

“We dealt with it in the first half, I thought we had the better of it, and then we had to soak up the pressure and I'm really pleased the lads did that and once again they showed great character to stop them from scoring to help us win the game.“ 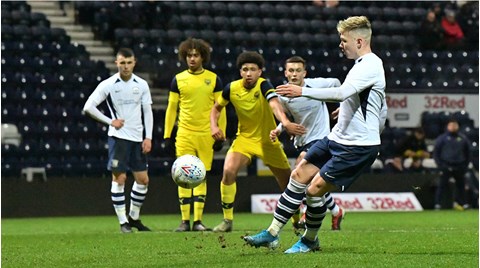 Walker’s first goal was a charismatic effort from the spot, dinking the ball down the middle to beat ‘keeper Max Evans, and Nick revealed the youngster had practised the move in training.

“I think Ethan showed his quality tonight, he produced moments of magic really and he probably could have had another one in the first half that took a deflection.

“That's what you need up at the top end of the pitch, you need somebody who can create things and score goals and Ethan has done that brilliantly tonight.
“He did it yesterday! We practiced yesterday and he did the same thankfully it went in because it could have been a different conversation if it didn't!”

The Academy manager is now looking forward to seeing his side take on Blackburn Rovers in the next round.

“It's a short journey, a fantastic stadium to play in and an excellent team so it's something the players should be looking forward to.”

Watch more from Nick by clicking on the video above.