Despite being the away side, the youth team are set for a second outing at Deepdale this season by facing Oxford United in the FA Youth Cup fourth round with a 7pm kick-off on Monday night.

Nick Harrison’s side had been scheduled to play against The U’s last Wednesday but the match was postponed with the Kassam Stadium pitch deemed unplayable due to adverse weather conditions. 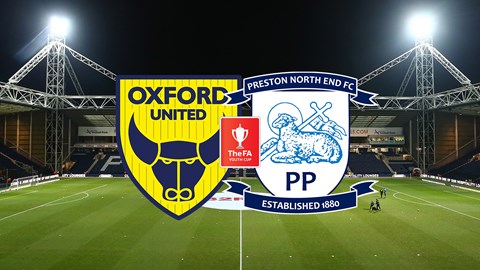 Both clubs mutually agreed to switch the venue to Deepdale, with Oxford officially remaining the home team, to ensure the game could be played as soon as possible.

It will be the second time the young Lilywhites have played at the home of PNE this season, having defeated Bristol City 2-0 in the third round of the competition last month.

That victory has formed part of an impressive 11-match unbeaten run for North End’s youngsters, which stretches all the way back to October, with ten wins and just one draw in that time.

Like PNE, Oxford are a Category Three Academy and, having beaten Reading City, Colchester United and Maidenhead United on their way to the fourth round, approach this latest FA Youth Cup tie in strong form themselves – winning five and drawing one of their last six.

We have plenty of pre-match coverage for your reading ahead of the game:

Tickets for the tie will be priced at £4 for adults and £2 for concessions, while season ticket holders of both club can gain free entry at Deepdale.

For those unable to attend, we will also have coverage of the game across our website and social media channels with post-match reaction on iFollow PNE.