Declan Rudd has highlighted the importance of Preston North End producing a positive reaction after their 2-0 defeat to Middlesbrough on New Year’s Day at Deepdale. 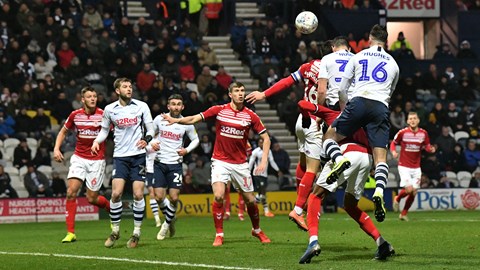 The Lilywhites No.1 pulled off a number of top saves in the clash, while his team-mates ahead of him saw the majority of the ball, but Rudy Gestede’s effort five minutes from the break and a second half own goal from Ben Davies saw the visitors leave with three points.

And speaking to iFollow PNE post-match, the 28-year-old discussed playing the division’s form sides over the last few days, conceding when you’re in the ascendancy and remaining positive in the aftermath of consecutive defeats.

“Everyone’s [Championship teams] had tough games and that’s what you’ve got to be geared up for,” said the goalkeeper.

“It is hard, especially conceding late on against Leeds when you feel like you can come away from there with three points, we might have been going into the Reading game full of confidence and really on top of our game, but that goal sort of deflates you a little bit.

“Reading, they won a few days before beating us and it’s the same with Middlesbrough, they won their last game before playing us as well. We’ve come up against two good teams and it’s nothing to get down about and nothing to worry about, there’s still a long way to go, we’re still in and around it and it’s all about how we react now.

“That is the Championship for you – sometimes when you’re on top of games is when you’re at your most vulnerable position.

It was a set play that wasn’t defended, it was a great finish from the lad – to get it in how he got it in was all credit to him – but we’ve got to defend situations like that. 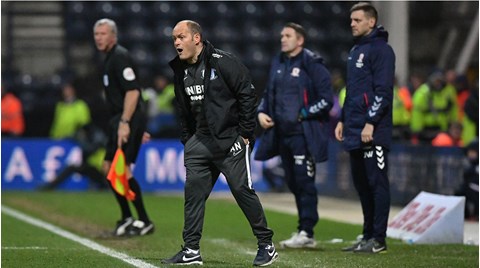 Rudd felt conceding first proved a pivotal point of the game and also spoke of the physical toll that the festive schedule has had on the players, ahead of another home game, with the visit of his former club – Norwich City – to Deepdale in Saturday’s FA Cup tie.

“We’re always better against teams that want to play against you and want to come out and score goals. I think that’s why we’re quite well set-up against the so-called better teams in the league because they think they can come and take us on and when teams do that, that’s what we like and we’ll hit teams on the counter attack.

“When we concede the first goal and teams sit in, it’s hard to break them down, they sit in in their two banks of four and you just can’t get through them, so it is tough.

“It’s a crazy time of the year, I’m not sure people realise how tough it is on the players to put say four games together in ten days, it’s a crazy amount and it really takes it out of the lads physically and mentally as well.

“It is tough, but that’s our job and that’s what we’ve got to make sure, that we’re ready. It’s Premier League opposition on Saturday, so it should raise the lads’ game and we should go out there and give a good account of ourselves.”