Preston North End manager Alex Neil will hope to be able to include new signing Scott Sinclair in the squad for the clash with local rivals Blackburn Rovers.

9 January 2020
The transfer window signing will require international clearance after his signing from Celtic, but should that go through, the No.31 could be in line to make his debut at Ewood Park.
Other than long term casualty Louis Moult (ACL), the PNE boss is getting closer to having a fully fit squad available.
Daniel Johnson, who has been out since the beginning of January, is back running again and moving closer to a return to action and the illness that was around the squad over Christmas appears to have subsided, with Patrick Bauer expected to be fully fit in time for the game.

Two high profile Rovers stars will miss the derby clash having suffered season-ending injuries earlier in the campaign - playmaker Bradley Dack and former North End favourite Greg Cunningham have both endured the pain of ACL injuries and are in the process of undertaking their rehabilitation. 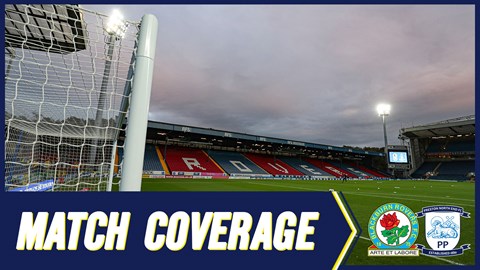 9 January 2020
Talisman Danny Graham will hope to have recovered from recent illness in time to claim a place among the starting forwards, having been unable to play a part in last weekend's FA Cup defeat at Birmingham City.
Manager Tony Mowbray will also be waiting for news on the fitness of full back Ryan Nyambe and midfielder Lewis Holtby, with both of the first team regulars having been sidelined with minor knocks and strains during the festive period. Northern Ireland international Corry Evans also missed out last weekend after injuring his knee - a condition that required an injection and caused his absence - but could be fit in time for this weekend.
On loan goalkeeper Christian Walton is expected to return between the sticks after sitting out last weekend's FA Cup fixture in favour of usual backup stopper Jayson Leutwiler.
Having finally recovered from a string of injuries that kept him out of action for over two years, Rovers opted to part ways with attacking midfielder Ben Gladwin last week by mutual consent, allowing him to try and find first team football elsewhere.