Preston North End and Barnsley will meet for the 52nd time in the league when the Lilywhites travel to Oakwell on Tuesday.

20 January 2020
North End ran out 5-1 winners at Deepdale in October and also hold a slim advantage in the head-to-head league record between the two sides, having won 20 matches to the Tykes’ 19.
The teams first met way back on 21st September 1901 when PNE triumphed 4-0 away from home, shortly before defeating their opponents by the same scoreline in the December’s reverse fixture.
But North End’s biggest margin of victory against Barnsley came in March 1951, when they won 7-0 at Deepdale.
More recently, one of the most memorable matches between the two sides was in August 2009, when goals from Paul Parry, Neil Mellor and Jon Parkin secured PNE an impressive 3-0 win at Oakwell.
Parry gave Alan Irvine’s side the lead early on in the first half with a fine curling finish, after he’d latched onto a Mellor pass.
The striker would then get on the scoresheet himself with a sweetly struck volley to send North End in at the break with a 2-0 advantage.

Fellow frontman Jon Parkin rounded off the scoring with just under 20 minutes remaining to seal an emphatic victory for the Lilywhites, their first of that campaign to get the season off and running. 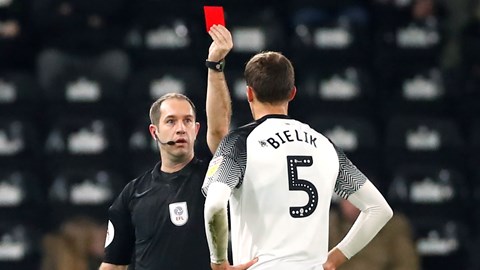 20 January 2020
Barnsley enjoyed spells of dominance throughout the match, but were unable to convert the chances that came their way, while North End made their opportunities count and remained disciplined in defence.
Speaking to the media post-match, PNE manager Irvine praised the opening goalscorer Parry. He said: “It was a terrific run, a great pass to put him in and a great finish.
“We've seen that in training, that he's capable, he's got a sweet left foot and obviously when he comes in from that side he's coming on his strong side. It was a great result. It's not an easy place to come and to get a victory was terrific.”
Barnsley boss and former PNE midfielder Simon Davey added: “I felt that the game was won and lost in both penalty boxes. We've had chances and they've had three chances and three goals, and you have to be more clinical.
“We didn't defend our box well enough and we didn't attack their box well enough. It's an embarrassment when you're losing 3-0 at home and 2-0 down at half-time, it's not good.”