Preston North End travel to Ewood Park for the 49th time in a league encounter this weekend, looking to extend their head-to-head record.

9 January 2020
In the 97 league ties between the sides played so far, the Lilywhites have 41 victories to the hosts’ 29, since our first meeting in Blackburn almost 131 years ago to the day – 12th January 1889 – which ended in a 2-2 draw.
Our biggest win at Ewood Park came in 1896, with a 4-0 success, but it is recent years that we have some more memorable successes, including last season’s 1-0 win and our success in April 2016, which was our first win at Blackburn since 1979.
That lunchtime, North End kept their slim Play-Off hopes alive with a narrow win at ten-man Rovers.

The hosts took the lead through Elliott Ward before Shane Duffy was sent off for handling a Joe Garner effort on the line and the former Rovers striker then levelled from the spot, before Jordan Hugill's volley put PNE in front just before the break. 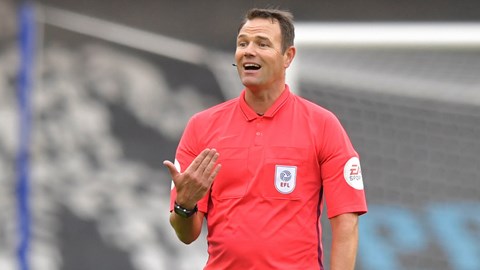 9 January 2020
Rovers pressed for an equaliser after the break, but visiting keeper Anders Lindegaard was largely untroubled.
The home side had started brightly and Ward's close-range volley after Hope Akpan's header had come back off the bar gave them a deserved lead before Duffy's red card changed the complexion of the match.
North End had now won six of their last ten matches and were six points outside the Play-Off places, with seven games to play.
After the game, Blackburn Rovers boss Paul Lambert said: “I'm disappointed to lose. It was an absolutely fantastic effort with ten men. I thought we started the game brilliantly, were well on top, got the goal. The penalty changes the course of the game, but it should never have been a penalty.
“Danny Graham was fouled at the edge of the box so the ball should have never been at that end of the pitch, because Danny has nutmegged the guy. You can see with Danny's reaction that he's definitely been fouled.

“I thought today, he got more calls wrong than he got right. If there's a delegate here or somebody watching it, maybe they might get a phone call in the morning.” 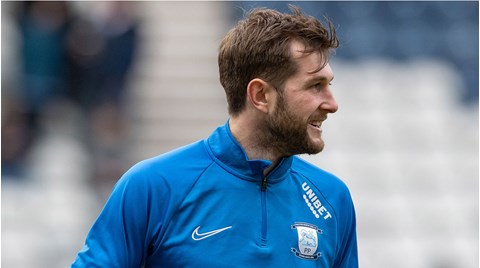 7 January 2020
Then North End manager Simon Grayson added: “He's done well, Jordan. He's a handful. He knows what he needs to do. I'm delighted for him. It's a great ball from Gally [Paul Gallagher]. He knows where to put it and the areas for people to get into.
“It wasn't an easy finish, but he's delighted and we were all delighted to see it hit the back of the net.
“I think it (the sending off) was the correct decision. They started the game better than us. I'm disappointed we gave away the goal we did, but it's handball on the line and the referee made the right decision.”