This will be a 54th meeting between the Lilywhites and the Canaries in all competitions in Saturday’s third round Emirates FA Cup tie at Deepdale.

2 January 2020
However, it will only be our second meeting in the world’s oldest cup competition, the last being almost exactly five year’s to the day, when Paul Gallagher proved the difference between the side, but more of that later…
Overall in the head-to-head the Norfolk side lead with 20 wins to PNE’s 17, although PNE lead the league stats 16 to 14, but interestingly we never met in competitive football until two years after Sir Tom Finney died!
The first game at Deepdale was in March 1962, with North End triumphing 2-0, just as City had in the first game that season, down at Carrow Road in the previous November.
Our biggest home win came in September 2001, when David Moyes’ side were 4-0 up before half-time! A second minute Graham Alexander penalty was added to by fellow full back Rob Edwards and brace from Jon Macken.
Our last meeting came last February, in Norwich’s title-winning season, with the Lilywhites coming out on top, Ben Davies, a Paul Gallagher penalty – again – and Sean Maguire grabbing goals, only for the Championship’s player of the season Teemu Pukki to grab a 90th minute consolation for Daniel Farke’s side.
Back to that FA Cup meeting though in 2015, when then League One North End – on their way to facing Manchester in the fifth round and in their own promotion season – defeated Championship City on 3rd January.

It was just days before the visitors appointed a certain Alex Neil on their way to their own Wembley success, as Gallagher scored two late goals as North End knocked out the Canaries at Deepdale. 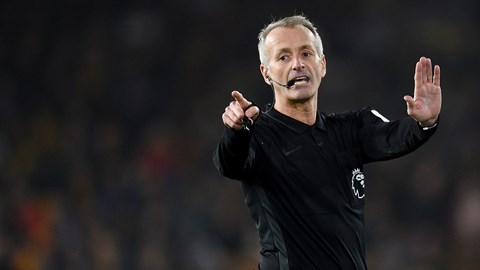 2 January 2020
The midfielder, then on loan from Premier League Leicester City, opened the scoring from 12 yards after 71 minutes. He made the tie safe with five minutes remaining when he latched on to Kyel Reid's ball and fired past John Ruddy.
City's best chance came in the second half when Bradley Johnson was denied a one-on-one with the keeper by Bailey Wright's superb saving tackle. Gary Hooper also missed a good chance for the Canaries in the first half, but the visitors failed to register a single shot in target in the entire game.
For two-time winners PNE, it continued a good season in which they were at the time third in the league and had also reached the northern final of the Johnstone's Paint Trophy.
Then North End boss Simon Grayson said afterwards: “Deep down my priority is the league and the Johnstone's Paint Trophy as we're two games away from Wembley. But we always pick a team to go out there and win the game. People who came into the team have been outstanding.
“Norwich had a strong team out there so for us to keep a clean sheet against them and then to create opportunities to go and win the game is a fantastic achievement.”
Caretaker City boss Neil Adams added: "We just didn't look creative. I don't know if we had a shot on target, which is a big concern for me. The game was a nothing game. The team we put out was a strong team and should be doing better. We were passing the ball, but the cutting edge was lacking and we have to defend better than that.
“You try to take positives from the game and there aren't any you can take. The players in there want to win games and we're bitterly disappointed with that because we know we've let ourselves down.”