Alex Neil was on the whole satisfied get ‘back to basics’ in this afternoon’s Roses clash but admitted he will be looking for his team to carry a greater attacking threat after they were forced to settle for a point against Huddersfield Town.

North End had the lions’ share of possession against Danny Cowley’s outfit but couldn’t convert that into an all-important goal, although they did create plenty of decent chances to break the deadlock. 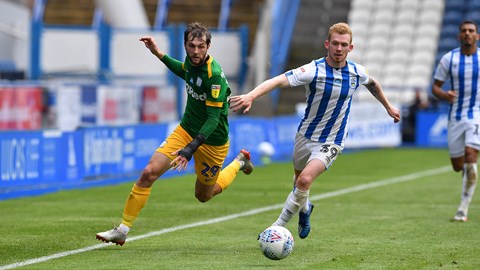 While the gaffer agreed that his side would have been far the more deserving of the two to have won the game, he did feel that there was room for improvement from his side in the final third.

“That’s probably as quiet as Declan [Rudd] has probably been in a game, he didn’t really have anything to do in the game,” the manager told iFollow PNE.

“I thought defensively we were nice and strong. Obviously, the fact that we’ve lost the last couple of games, we wanted to make sure we came here and kept a clean sheet.

“I thought we carried a threat as well, I thought Tommy B worked the channels great, I thought first half we get in behind them five or six times really well, it’s just that final little bit in terms of creating that opportunity.

“We fling all hands to the pump as the game’s wore on and created probably the best two chances of the match, we were just unfortunate the lads who came on didn’t adjust their feet properly and get the strike away.

“I thought if any team deserved to win it was certainly us, I don’t think there’s any question about that. It’s nice to keep a clean sheet but I’d like to see us be a bit more threatening than we were today at certain times.”

Alex made four changes to the side that lost to Derby County last time out and was pleased to see those coming into the side making an impact while helping to retrieve that sense of being difficult to beat.

“I think people have deserved an opportunity and a chance to play. Ryan [Ledson] came in and did well in the middle, Pottsy, that’s his second start and showed good energy, he just tailed off towards a little bit, he’s probably not played as many minutes as he’s would like. 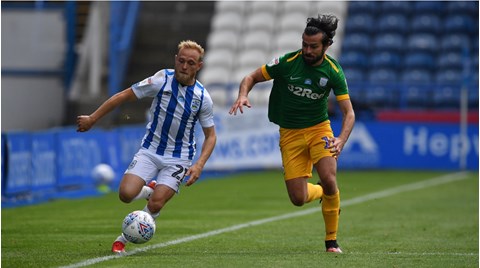 Rafferty: “We Were Unfortunate Not To Win”

“Joe [Rafferty] had a good solid game as well and Pat [Bauer] was back in too. We just mixed it up a little bit, I think that’s going to be important over that spell because there’s no way that the lads are going to continue just churning out the games because we’ve got such a hectic schedule, we’re going to need all the lads to come in and give it a go.

“There’s certain bits we need to work on and improve on, but the platform in terms of being hard to beat, being solid, being a difficult team to play against – the bits we’re renowned for, I thought we got back to that.

“It’s just now really trying to get that next bit, that cutting edge to go and be really dangerous going forward.”

While taking some positives from the fact his side completed their first shutout since the campaign’s resumption, there was no doubt about the gaffer’s intentions with regards to trying to win the game.

“Apart from [David] Nuge,I think we had pretty much every other attacking player we’ve got on the pitch at that point. We tried to win the game, I tried to go and force the issue and tried to win the game and naturally that can leave you a little bit more vulnerable but it’s always our instinct to go and try to get the points, we’re not settling for the draw.”

Watch the gaffer’s post-match thoughts in full by clicking on the video above.