Alex Neil highlighted the impact of his whole squad’s performance this evening as they all played their part in the 3-1 win over Sheffield Wednesday at Hillsborough.

The Lilywhites initially set-up in a 3-5-2 formation which looked as though it would pay dividends with the visitors putting in a fine first half display which only lacked a goal, before going behind against the run of play to Jacob Murphy’s opener just before the hour mark.

However, with Scott Sinclair, Jayden Stockley and Brad all coming off the bench to score, with fellow substitutes Daniel Johnson and Paul Gallagher – both making their returns from injury – also having a hand in the goals, Alex praised the display of all involved this evening.

“I thought the lads were terrific first half in particular, I thought we created four or five glorious opportunities and we just lacked that sort of cutting edge really and that final touch,” the manager told iFollow PNE. 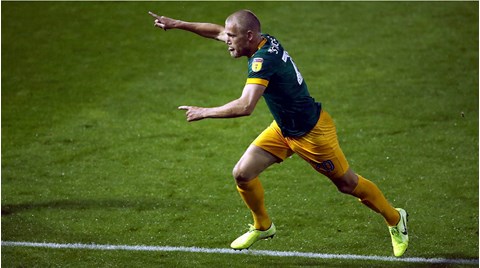 “But I thought our play was great, we matched them up, I thought defensively we were strong, midfield I thought we sort of ran the game really first half, I thought the front two really caused them all sorts of problems and we just lacked that cutting edge. I think that’s been the story probably since we’ve come back to a certain extent.

“I’ve said this on numerous occasions; getting the first goal at this level is so important and then obviously when we concede the first goal, you’re thinking we really need to go and try to rally and go for it. We made a really bold move by taking the two defensive midfield players off and really trying to force the issue and going for the game.

“I thought every substitute that came on the pitch contributed – three lads scored their goals but equally, we had the likes of Gally [Paul Gallagher] and DJ [Daniel Johnson] come on as well. I thought they made a big contribution as well, I think Gally punches the ball into DJ who reverses it for Jayden’s goal.

“I thought everybody played their part tonight, it was a real squad performance. I thought the lads that started were excellent, we just probably lost tempo at the start of the second half, I think that was probably the thing that was missing, and then I thought the subs gave us fresh impetus and kicked us on. I thought it was a thoroughly deserved three points because for what we served up we deserved to win.”

The gaffer has felt his side have been unfortunate not to pick up more points since the campaign’s resumption and pointed to the clinical finishing of those coming off the bench as the difference which helped them to victory over Garry Monk’s outfit.

“Tonight, the biggest difference really was the lads when they got opportunities coming their way, they ended up in the back of the net. But that’s football, you’re not going to score all your chances.

“We’ve deserved more points since we’ve come back in terms of what we’ve played and I think tonight we needed that, we needed a really gutsy performance and I think the manner in which we’ve won the game showed the mentality and the determination that we have got.

“We’re certainly not going to give this season up – this has been a real source of frustration for all of us and the fact that we genuinely believe there’s a really good opportunity here and I think the win tonight keeps us in the hunt.”

Alex also underlined how pleased he was to see his players’ hard work rewarded with the three points in tonight’s Roses clash, taking them to within three points of the Play-Off spots ahead Saturday’s meeting with fellow promotion hopefuls Nottingham Forest at Deepdale. 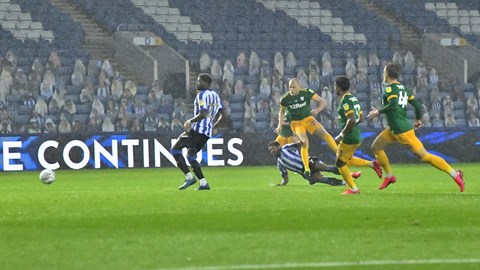 “I’m delighted for the players as much as anything because they’ve worked extremely hard, not only tonight but since we came back. You need that recognition with a win for your efforts at times and we got that tonight so that was really pleasing.

“I said to the players before the match that it’s easy to have team spirit when everything’s going well and you talk about how great a group we’ve got and all the rest of it. When you really find out is when it’s a bit difficult and you need to dig in and I think you’ve seen that tonight, the mentality was terrific.

“All credit to them and it sets us up now for a massive game on Saturday and that’s what we wanted.”

Watch the manager’s post-match thoughts in full by clicking on the video above.