Preston North End manager Alex Neil is expecting both sides to show personal pride when his team face Bristol City at Ashton Gate in their final game of the 2019/20 season.

The Robins go into the game – and the summer – looking to appoint a new manager and the Lilywhites chief believes there is a lot to play for, for both teams.

Speaking to iFollow PNE Alex said: “I am pretty sure whoever their manager is going to be at Bristol, their players will want to do their very best to show what they can do.

“I don’t know if anyone is going to be there, but even to their hierarchy, they will want to show that they want to stay on at the club and be there afterwards.

“Equally, personal pride as a player and a competitor should kick in. You don’t want to go into any game without that hunger and drive to win, so there will be that appetite.

“You have to do your utmost to do your very best and let everybody see you in your best light. My mindset as a player would be to play as well as I can, do the best I can do and show everybody what you are capable of, because only good things can come from good performances.” 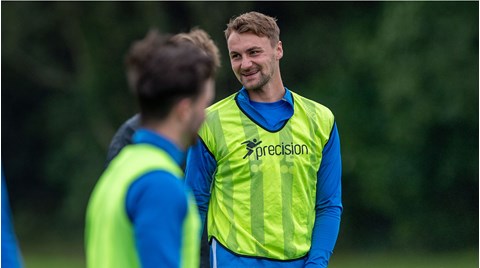 Dean Holden will take change of Wednesday’s hosts, but has much changed since he took over the head coach duties from Lee Johnson?

“They have flipped personnel a bit,” continued the PNE boss. “Their system has gone back to a 3-5-2 for the majority of the games they have played.

“They changed their system late against Swansea in their last game, but Lee played a 3-5-2 for large parts of the season as well, so there is not a lot of changes there.

“Naturally, when you do spend money, it brings expectation and I think that is what has happened there. They have sold big as well, the likes of Kelly, Webster and Brownhill went for big money, but they have also invested heavily in their squad and in January they went for it with the likes of Wells, Benkovic, Pereira and guys like that and that inconsistency has been their downfall this year.”

Come 9.30pm on Wednesday night, the season will be complete, so what has the manager made of the campaign as a whole?

“I think it has been bizarre to say the least!

“We have had a pandemic to deal with; we started the season extremely well, before the break we tailed off a little bit and found it hard to maintain that and I was then very hopeful that the break would give us a new lease of life.

“The Luton game haunts me to this day, because that game is a killer.

“That game could be the difference between getting there and not and I thought the performance was very good and that result would have given us that little lift we needed for all our matches and do believe that was a big damning blow, especially as it could just be one game we miss out on,” he added.