Preston North End manager Alex Neil felt the game panned out as he expected, but was left frustrated at the ‘cheap’ penalty which cost his side all three points. 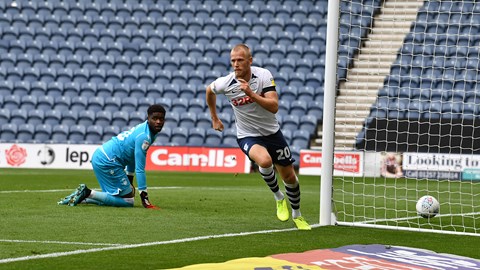 Speaking to iFollow PNE after the game, the Lilywhites boss felt it was a tight match, but one where his side created all the best chances.

“It was a tight game,” he said. “The penalty initially is a frustration for us; we spoke about not playing square passes in front of them, because that’s what they are set up to counter and I thought after that we mixed it up better.

“We went more direct, we created some opportunities off the back of it, got a good goal by working it wide and getting down the side and when we did equalise, I thought it was a good chance for us to go and kick on.

“Their one shot on goal was the penalty and I thought it was a cheap penalty.”

The manager went with a 4-4-2 formation, something he felt would give his side the best chance of success: “It wasn’t a game where we really wanted to dominate the ball, because they set up to concentrate, a bit similar to Cardiff in that respect in that they are quite happy to let you have it, but if you make any silly mistakes, they have got guys who are very effective in transition, so we wanted to make the game a little bit loose in that effect, so they would have it and come out and it would create spaces for us to get into and the game panned out pretty much as I thought it would, apart from the penalty,” he continued.

“It is just frustrating, because we are at the stage now where we really need to try and force the issue and win and we threw everything at it towards the end. We changed system, we changed shape, we change personnel, we told players to stay up the pitch and stop tracking back just to try and get that goal and we had a couple of chances, we just couldn’t convert.

“There were opportunities there. It was never going to be a game where you had 12 glaring chances, because they don’t really move. They stay compact, in their shape and try and hit you on the break. 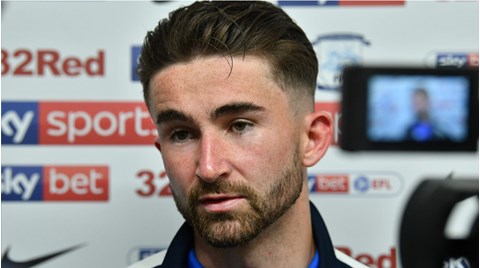 “It was never going to be like Sheffield Wednesday, where you can drag them about, go short and long and get in behind them; they want the game in front of them as much as possible and unfortunately, we just couldn’t convert one of those chances.

“The biggest frustration is that I thought today was going to be a 1-0 game and the penalty is cheap from our point of view. We got roped in, in the first five or ten minutes, because they dropped right off and then as soon as we played one square pass they nicked it and away they went, but we got ourselves back into the game and once we ironed that out and fixed it, we got better and we had the best opportunities.”

And when the change to formation was needed, the best opportunities came: “In the second half, when we did change the shape, I thought at that stage they were taking the sting out of the game by keeping the ball and it is difficult to get enough pressure on the ball when you are playing that system, so we altered the system, made it more difficult for them and they didn’t really have any possession at that point and it served us well.

“We had three really good opportunities off the back of it, but, unfortunately, we couldn’t finish any of them,” he added.

There’s more from Alex as he discusses the loss of Ben’s, Davies and Pearson, and the good performances from Jordan Storey and Ryan Ledson, who came on to replace them, by clicking on the video at the top of the page.