Preston North End manager Alex Neil gives his thoughts ahead of the Lilywhites’ Roses clash with Huddersfield Town at the John Smith’s Stadium on Saturday afternoon.

The Lilywhites boss feels that the Terriers’ result against Birmingham City on Wednesday night was well-deserved and that they could have had better results before that given their performances.

Speaking to iFollow PNE, he said: “Like most teams, I have watched a lot of the games and I don’t think there has been a lot in the games. I know they lost 3-0 at Nottingham Forest, but I don’t think they played that badly.

“In the first half they looked really threatening – particularly down the left-hand side through [Harry] Toffolo getting into really dangerous areas – and I am sure the difference, and I am sure the lads at Huddersfield would agree, was Lewis Grabban with two really special goals.

“When you do take that disadvantage of going a goal down against good teams in this division it is really difficult to turn it around and when you go searching for that next goal, you naturally leave spaces for the opposition.

“I am sure they will be heartened by the win they got at Birmingham and from what I have read – and I will watch it before we play them – it was a thoroughly deserved three points.” 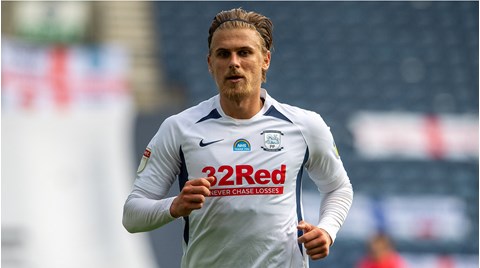 Brad Potts Not Looking For Excuses

Town’s boss Danny Cowley spoke after the win over the Blues at St Andrews about the influence of the returning Frazier Campbell, leading the line, but also about the role of his out of contract players in the win, something Alex was in agreement about.

“As everyone is aware, Frazier [Campbell] is a player that we looked at in the summer and he is a good experienced operator at this level; he has pace, he is a good size, a good height, good physicality.

“I think Danny [Cowley] is right; I know people will have read a lot about players who are out of contract and the fact they don’t want to play and things like that, but what people need to understand, is that they need to play – they need to find their next contract and the way Covid has affected life, football is no different.

“It is going to be really hard for everyone; clubs are going to have to tighten their belt up. We have already seen a club in our division go into administration and I don’t think by the end of the season they will be the only one, I think there could be another one or two.

“I hope I am wrong, but this has certainly played a big part in everything and I think players understand that – they’d be daft if they didn’t – because they are going to have to perform as well as they can at the moment to ensure, particularly if they are out of contract, that they have a job at the end of this.”

The West Yorkshire side are only 12 months on from their relegation from the Premier League and the North End gaffer is under no illusions about the quality in their squad, having signed one of them when he was boss at Norwich City.

“There is no question how good a squad that Huddersfield have got. We signed Alex [Pritchard] at Norwich and then he moved for even more money to Huddersfield, so they have some talented players.

We’ve Met Before: Huddersfield Town Away

“They have the lad [Karlan] Grant, who they got from Charlton who has 18 goals in a team that has predominantly been down the bottom section of the division for the majority of the season.

“I like the boy [Lewis] O’Brien, who is a very good player in the middle of the park; [Elias] Kachunga is always a threat, guys like Frazier Campbell, who we talked about, and they have [Steve] Mounie, who is an international player who can lead the line.

“Let’s not be fooled here, they have got a good squad, but like anything – and you can look at Stoke’s squad as well – the simple fact is, when you get to this stage of the season, sometimes I am sure it boils down to how good your squad is.

“It comes down to how hard you want to fight to get that next result and what you have seen since the restart is that a lot of these teams down the bottom have picked up some unbelievable results against some top top teams in this division,” he added.

To watch the full ten-minute preview with the gaffer, just click on the link at the top of the page to see what he said about the need for a result, the opportunities for people in the squad, the lack of an abilities to predict opposition teams and the need to concentrate on his own team.