Preston North End manager Alex Neil will come up against a former team-mate in Garry Monk, when he takes his side across to face Sheffield Wednesday at Hillsborough on Wednesday night.

Sign Up To Watch The Sheffield Wednesday Game iFollow

The two were part of the same Barnsley squad, but will go head-to-head in the dug out this midweek, with both looking to earn their side a Roses victory.

The Lilywhites defeated the Owls 2-1 back at the start of the season, with Sean Maguire earning two penalties, that were both converted by Daniel Johnson in a 2-1 success, but with some personnel having left the steel city club in recent weeks, what does the manager make of them now?

“They have got big strikers – if you look at them across the board, they have Nuhiu, they have Wickham, they have Rhodes and then the boy De Cruz; they have two out and out wingers in Murphy and Harris and they also have Reach who can play out there,” he told iFollow PNE.

“The way Garry has set them up, is to play to the strengths that they have, in terms of getting wide, get the balls into the box with two big targets. 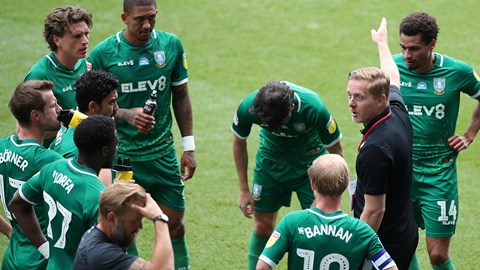 The Opposition: Sheffield Wednesday Away

“They have Barry Bannan as a deep lying playmaker who can switch the play to put the wingers in and make that sort of switch and then they have three big strong centre backs who can do what is required as the defence.

“They have naturally been affected by the fact they are in a transition period – a lot of their experienced players who have served them well over a number of years have run down their contracts and have left the club now, but they have coped with that well.

“The guys who are currently playing have done very well for them and they will be pleased with the performances they have put in. When I have seen them, I have been impressed – I think they have shown up well in the games.”

Garry Monks comments after some of his recent games have been very similar to that of the North End boss, having seen his side out in good performances without getting the results they deserved and Alex says Garry has been completely justified in those statements.

“I would agree with what Garry said,” he continued. “At Swansea, Murphy down the side caused Swansea all sorts of problems – arguably they could have scored three in the first half and certainly should have been leading the game.

“But, sod’s law at this level, if you don’t take those opportunities when they present themselves, one ball drops in the box for Brewster, he rifles the ball into the roof of the net and it becomes a different match.

“There were really small moments in the match. I thought Sheffield Wednesday played well; they dictated the first half and should have been leading, so Garry is right in what he was saying, the only thing missing was taking those opportunities.” 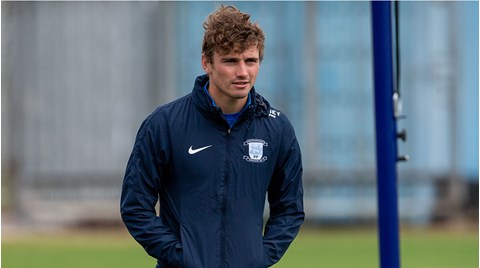 Ryan Ledson: “We Are Not Far Off”

Looking at his own team, the gaffer says the side have to go turn those fine margins in their own favour: “I don’t think we have got the points we have received so far [since the resumption], but there are only so many times you can say that.

“What we need to do, is go and make it count in both boxes. I thought on Saturday we defended our box extremely well, we just have to add that cutting edge at the other end and if we can bring that together in the game, that will give us the best chance of winning the game.

“Football is about perception; if we were further down the league and hadn’t started the season so well, people would probably be buzzing with the fact we still have a chance. The fact that we were higher up and started well and now have been on a difficult run that has dropped us down a bit, it is all doom and gloom, but we are always one three points from being back in it.

“This game is fundamental and crucial for us to go and try and force the issue.

We've Met Before: Sheffield Wednesday Away

“I am a big believer that people talk about confidence and we lack confidence, but I am just old fashioned and think that you get confidence by doing well – go out, do really well, run yourself into the ground, get about, win your tackles, use the ball well and make a difference and win the game.

“It is no use sitting in the corner, licking your wounds saying ‘I am not confident’. That is no good to anybody. I expect that we will go out at Hillsborough and we will run until we drop to try and win the match and I don’t think I will be disappointed, because the lads have got that in the locker,” he added.

You can watch the game live on iFollow, with former Lilywhites and Owls defender Tommy Spurr part of the commentary team, alongside Jonathan Breeze, and you can sign up for a match pass for just £10 by clicking here now.