Alan Browne admitted that Preston North End faced an uphill battle from the moment of conceding against Brentford and so it proved as Ollie Watkins’ fourth-minute strike proved the difference between the sides. 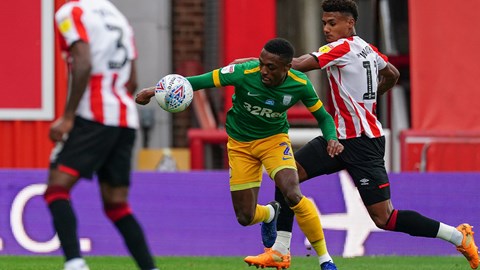 Watkins gave the home side the early advantage but Alex Neil’s side were well in the contest thereafter, and while they battled to find an equaliser, they ultimately came away empty-handed from their final league visit to Griffin Park.

And Browne, returning to the side having missed the weekend’s draw against Nottingham Forest, while in agreement that the Lilywhites were solid for much of the contest, was disappointed with the manner how the side conceded in those early stages.

“They’re a goalscoring team and they’ve got really good individuals who can make things happen,” the Irishman told iFollow PNE. “The plan was to nullify that and try to take them the other way when we gained possession.

“To concede in the manner that we did and at the time that we did, it just kills the whole game plan really. We tried to stick to it right to the end, but it’s an uphill battle from there when you concede so early. I think looking back on it, it’s a sloppy goal, it’s definitely a preventable goal.

“We’ve watched them and they’ve scored some fantastic goals all season and if they make something like that happen, you hold your hands up, but that goal tonight is preventable and it’s disappointing.”

Despite the early setback, Browne and his team-mates responded well to limit the chances of the Bees, and felt the game might have panned out differently had they managed to keep the goal from being breached in those opening moments.

“We weren’t just going to let our heads drop and let the game get away from us, especially against a side like that who can really punish you.

“Apart from that – I don’t know if it was miscommunication or not tracking or a runner or whatever it was – apart from that moment, I thought we looked really solid and again limited them to as few chances as we possibly could.

“On another day, that doesn’t go in and it’s a different game – they have to come out and open up and we might have created some better chances off the back of it. But it wasn’t to be and it’s really sloppy from us. 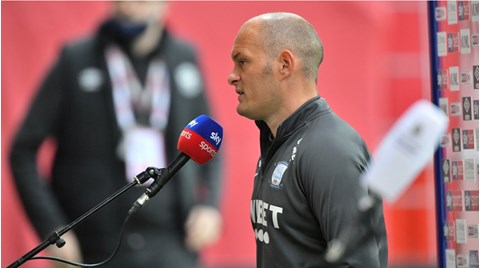 Alex Neil Focusing On Next Game

“We knew that they ­get the ball into midfield and we had the numbers in there to go and win it and counter on and that was our game plan because we knew what kind of side they are we knew going into the game, realistically, it was a must win for us.

“I think tonight was maybe a game that we had to win and it’s really unfortunate that we couldn’t keep them at bay longer because I think it would’ve been a very different game.”

North End’s No.8 conceded that it will now be a tough ask to climb back into the Championship’s top six and claim a play-off place, but stressed that he and his team-mates could only go out and do their own jobs in the final two games of the campaign.

“It’s a funny game, we wouldn’t expect to have dropped so far off like we did, but it’s a long way back but we’ll fight right until the end and see what happens.”