The Lilywhites’ No.12 believes that the results of teams around them in the table in recent weeks have given the side an opportunity and he is now looking for a strong finish to try and secure a top six finish.

“It is exciting times,” Gally told iFollow PNE. “We always wanted to take things to the last few games of the season. We would obviously have liked to be in a better position, but we are sat just two points off and it is up to us; if we can finish strongly, there is always someone who comes from outside of the Play-Offs into the top six.

“It has been disappointing really; when we came back, we were in sixth and we have had some difficult results, but the other night – at Sheffield Wednesday and against Nottingham Forest we played well and we had a lot of chances to win that game against Forest.

“There are a number of teams having the same conversation about getting into the Play-Offs. I look back to that Luton game; if we had seen that game out, we would have been in a better position mentally going into the next few games – it was a tough one to take – but we knew every game until the end of the season would be difficult.

“All the games have been close, but we have shown character and I think someone is looking down on us, because we keep getting opportunities; when we do suffer a bad result, other teams seem to suffer around us as well, so hopefully we can do it ourselves, with three massive games coming up.” 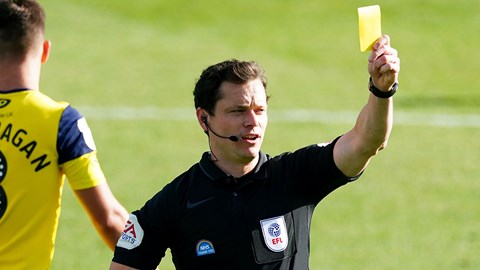 The Bees, who are nearly ready to say goodbye to their Griffin Park home, are in the best form in the Championship, winning every one of their six games since the Championship got back underway three and half weeks ago.

Which means, North End will go into the game as the underdog, a tag that the man approaching 300 games for the club believes is something they are comfortable with.

“Ever since I have been here, whenever we have been the underdog, we tend to come out on top,” he continued.

“We need to go there and get the three points. If you look at the way the manager has approached the games, he has tried to win every game. Even the substitutes he is bringing on, we have ended up with more attacking players on the pitch than defenders – we took Ryan Ledson and Ben Pearson off at Sheffield Wednesday to force the issue and we managed to get the points.

“They have been the team, coming out of lockdown, who have looked the most comfortable, played some really good stuff and some great results, but it is down to us to go there and take the game to them.”

And the 35-year-old feels that it will be a clash of styles in front of the Sky cameras as well: “I’ve seen a few of their games. Charlton went there and were unlucky not to come away with some points, but that shows the quality that Brentford have – they go right to the end – and they managed to win that game 2-1 and then they went to difficult venue in Derby and won 3-1.

“They are a good footballing team; they play expansive football and pass the ball for fun. But teams like that don’t normally like to play against us, because we have that high press and we try and nick the ball high up the pitch and counter from there.

“It will be an interesting game and one where the manager will, I am sure, have a game plan for when we go into the game,” he added.

There is lots more from Gally, including chat about Griffin Park, taking the fight into the last couple of games and playing inside empty stadia, just click on the video at the top of the page to watch the full interview.