Brad Potts has enjoyed being more involved in the Preston North End side since the season’s resumption and is hoping to continue his form next term, after scoring the second goal as the Lilywhites defeated Birmingham City in their final home game of the campaign. 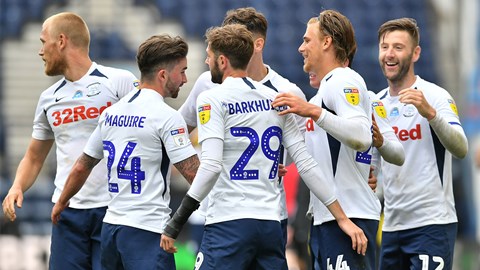 After Patrick Bauer put Alex Neil’s men ahead on the stroke of half-time, Potts added a late second by driving a low, left-footed strike across goal for his second goal in three games.

Speaking to iFollow PNE after the 2-0 win, the 26-year-old said: “I had a frustrating time before lockdown and I went away and worked on a few things, got myself fit and I’ve enjoyed playing.

“It’s probably came at the wrong time for me for the season to finish, but there’s nothing I can do about that and I just need to carry it on next season.

“Because I scored the other week, it gives you confidence when you’re in front of goal. I’m just happy for it to go in and happy to get three points.”

Potts’ goal didn’t arrive until the 87th minute but North End but the midfielder felt it was his team-mate Bauer’s strike just before the break that proved particularly important in being the one that broke the deadlock.

“I think we knew what Birmingham were going to be like, just sit back and be hard to break down. It was just more the case of getting the first goal to be honest and I felt like when we done that, then they would have to come out and change their game plan. To get the goal in the first half was obviously fully deserved from our point of view.

“Jayden’s obviously had a decent chance which he was probably unlucky with. I thought the Harrop one was definitely a penalty and I’m not really sure how the referee didn’t give it to be honest, but that’s what happens, you get some and you don’t, but thankfully we held on and got another goal at the end.

“You could feel the longer the game went on, the game would open up more. Personally, for me, that probably suits me a bit more, more space to hit them on the counter attack. After the game, a few of the lads thought there was chances there to get goals on the counter and thankfully obviously I got one at the end.”

Paul Gallagher returned to the side and it was his corner that led to Bauer’s opener, while Sean Maguire came off the bench to play a major role in Potts’ strike. 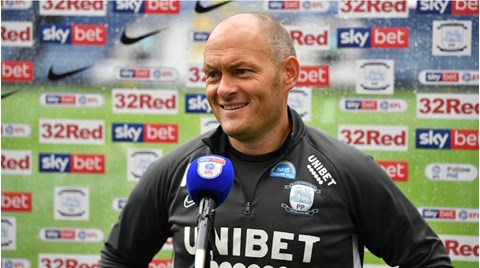 “I think people underestimate Seani in the air to be honest because he’s small, but he’s got a great spring and I just gambled to be honest and I knew when I took the touch, I just had to try to get it across goal because obviously if the keeper did save it, he’d probably just parry it to one of our lads. I’m just over the moon to see it hit the net.”

While PNE are now unable to make it into the top six, with sixth-placed Cardiff City’s victory at Middlesbrough ensuring they remain five points off a Play-Off spot with only game left to play, Potts is determined to end the season on a high at Bristol City on Wednesday night.

“We want to go to Bristol and win. As a group, we want to finish as high as we can in the league and you want to carry the momentum into next season. We’re looking forward to going there and putting in a performance and coming back with three points.”

Watch more Pottsy by clicking on the video above.