Steve Spooner has taken charge of Birmingham City, after the departure of Pep Clotet and picked up another good point on Wednesday night.

A 93rd minute equaliser, Lukas Jutkiewicz’s 15th of the season, gave them a point at home to Charlton Athletic and whilst that looks more than enough to have secured their Championship status, the man at the helm currently is not taking anything for granted.

“I wouldn’t want to say it’s safety because we are focused on winning two more games as simple as that,” Spooner told the media after the draw with the Addicks at St Andrews.

“Of course, you want to get as safe as you can as early as you can but we want to go to Preston and show that level of performance again and we won’t be far away with that.”

The Blues have reverted to a 4-4-2 formation under the stand-in chief and he admitted that the players had their say on this, before the decision was made. 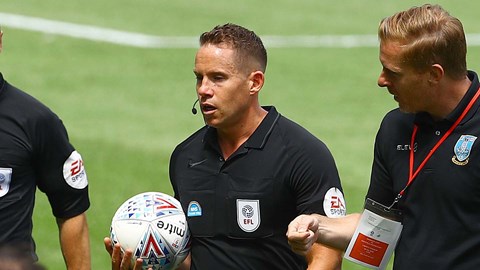 “That determination, the amount of second balls we won, tackles we put in, the distances we run – and the stat man tells us that was the highest return of shots and shots on target since October, November time.

“To get that kind of return with desire and sheer grit and determination was an excellent response.”

And it may have only been a week for the new man in charge at St Andrews, but he says it feels a lot longer!

“I thought it’s been a month! I might go home and say hello to my wife tonight. It has been a whirlwind and my head has been spinning at times because there are so many decisions to make. 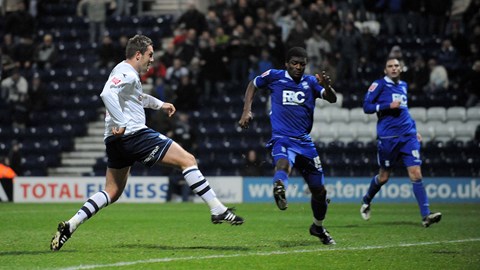 “Whatever we have to do as staff to get this club where we want it to be, we’re more than happy to do it. It has only been a week, but I’ve thoroughly enjoyed it as well.

“It’s another side that you see, but it’s been an absolute delight working with the players and the staff.

“Obviously, I know them all and I know them well but when you’re in there working with them there is a real sense of unity and desire to see this football club succeed and that was demonstrated by the way everybody celebrated.”