Nottingham Forest Sabri Lamouchi says he is aiming to keep his squad relaxed and positive ahead of their trip to Deepdale.

The fifth-placed Reds are in a good position heading into the final quartet of Championship fixtures and come to Deepdale with a seven-point gap over seventh-placed Swansea City and North End tucked in just behind.

Speaking to his club’s official website nottinghamforest.co.uk, the City Ground chief said: “I was frustrated and disappointed [after Tuesday’s 1-0 home defeat to Fulham], but my job is to keep the team relaxed and positive. To play four games in nine days, they are not machines.

“Of course, we made some mistakes and we weren’t so brilliant, but the opponent was the same.

“It is not easy to watch Championship games at this moment without fans, without intensity and without the usual atmosphere. Now, every day, the target is to work with quality, not quantity, to prepare for the next one the best we can.

“We are not machines, but we are lucky that our job is our passion. We need to make the sacrifices and put in the effort. We will never give up and especially now. We need to be relaxed, be focused and not forget what we have done until now.

“We started more than one year ago now, it is a strange situation but this is our job and we are lucky. We have to be positive, of course we cannot be perfect in every session and every game, but we must try to do our best all of the time.” 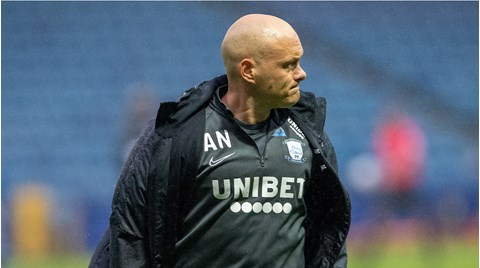 Lamouchi, having clearly watched the Lilywhites’ defeat of Sheffield Wednesday is expecting the side to revert back from the 3-5-2 formation that was enacted against the Owls, but acknowledges both sides will be at the stage where fatigue is starting to have an impact.

“Preston had a great result in Sheffield and we know how hard it is to get points there. We will face a team with confidence but tired like us,” he continued.

“They will probably change against us, change the system as Sheffield play differently to us. But maybe not, as after the victory they can keep the same line-up and keep the confidence.

“I don’t know but it will be a tough game, of course. I remember Preston here, they played with a good dynamic and with good players. They are a good team, I like the manager and he has done a great job there. It will be a very difficult game for us.” 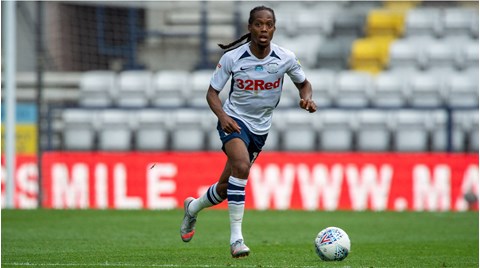 After a trip to PR1, Forest then face Swansea, before finishing with Stoke and Barnsley, but the manager is prioritising the games against the two sides directly below the top six as he added when speaking to the Nottingham Post.

“We don’t just have these two games, we have four games left, with Barnsley and Stoke at the end. We will try to get the points and make sure of the play-offs as soon as possible.

“But you need to fight until the end - and I know my team are fighters. They don’t have the consistency of other teams, but they are really focused.

“Maybe they are a little bit tired, but they are really focused,” he added.

To watch the match, you will need to purchase an iFollow PNE match pass, available for just £10, with full coverage and commentary from Jonathan Breeze and Tommy Spurr - click here now to purchase your match pass.