It's the 102nd Roses clash between Preston North End and Sheffield Wednesday in league encounters when we meet at Hillsborough on Wednesday evening.

Sign Up To Watch The Sheffield Wednesday Game iFollow

The Owls lead the head-to-head by one, with 40 wins to North End's 39 since our first league game in 1892. That season PNE were too strong for the Owls, winning 401 at Deepdale and then 5-0 at Hillsborough - our biggest win away against our South Yorkshire opponents.

A big win in recent years was a memorable one for a current North End striker, as David Nugent grabbed a brace as Paul Simpson's side won 3-1.

"I'm delighted with him," said Simpson of his forward after the game, as the side moved into second place in the Championship ahead of Birmingham. "We are at a point now that the speculation counts for nothing and we have him for the rest of the season. We were worried all the talk might have affected him and it has, but in a positive way."

It would be reasonable to single Nugent out as the deciding factor against Wednesday, but he was not the only cause for optimism. They played attacking football and the deployment of a three-man forward line demonstrated confidence in the players.

Brett Ormerod pulled PNE level seconds after Deon Burton had given Wednesday a fourth-minute lead with a 20-yard strike, while the rejuvenated Michael Ricketts flourished as a muscular and elusive link man. 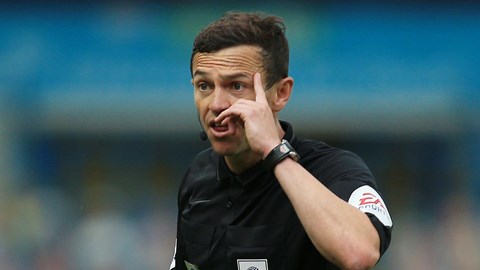 Nugent sent the visitors ahead with a burst in from the left-hand channel that Mark Crossley should have saved and the Liverpudlian showed a more base striker's instinct when he used his hip to bundle home Ormerod's cross after 55 minutes.

This was a fifth consecutive league defeat for Wednesday, but for PNE's manager, he was pleased to move back into the automatic promotion spots: "It was a very professional win. It wasn't a good start, but we got ourselves into a position at half-time where we could knock the stuffing out of them.

"We are not kidding ourselves. We have beaten Wednesday without really playing well, but we are at this stage in the season where we have to grind out results."