Preston North End manager Alex Neil was left frustrated by two, what seemed, clear penalty decisions that went against his side in the home defeat to Cardiff City. 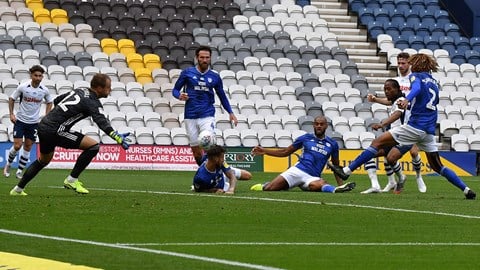 Both shouts came in the goalless first half and for the watching TV audiences seemed obvious decisions after fouls on Scott Sinclair and Alan Browne respectively.

However, they were not as clear for referee Oliver Langford, who chose to point to the spot on neither occasion.

Reflecting on the game, the manager told iFollow PNE: “I didn’t think there was a lot in the match. I thought that in the first half we nicked the ball in really good areas, we had the best of the opportunities, but we didn’t take them.

“We should have had at least one penalty – on Scott [Sinclair] – and Alan had a shout for a penalty as well when he is pulled back as he is running out of the box, but those moments didn’t fall in our favour in the first half.

“I think the first one is an absolute no brainer. The second one, Alan is nowhere near the ball, however, that doesn’t matter. If you pull somebody back and impinge them from trying to get the ball, it is a definite penalty.

“And I think with fans in the stadium, that changes it. They naturally influence people, because everybody shouts at the same time for something that they see, whereas at the moment that doesn’t happen.

“The first is frustrating, because Scott is front facing, he is facing the goal and the lad has clearly clipped him – it’s a definite penalty. 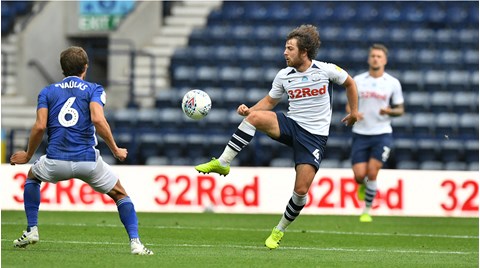 Pearo Disappointed Not To Take Advantage Of Equaliser

“This is the same referee who gave a penalty against us for West Brom, when afterwards he said he didn’t see it; it just looked like a penalty! It is a double frustration for us.”

Despite those decisions, the gaffer was not blaming them for the result: “We were wasteful at times,” he continued. “There were a couple of transitions that that were three on two and we didn’t really pick the right pass, so that was frustrating and disappointing.

“The first goal comes from an error for us. It was a square ball in the middle of the pitch that is intercepted and we give a foul away and a free kick, which we defend and then we get beaten at the back post for the first header.

“Against Cardiff, the first goal is always going to be so important, because they set up in a similar way to ourselves today with the pace off the sides and are really dangerous in transitions and counter-attacks and when they get the first goal, we need then to rally.

“We brought Seani [Maguire] on, who I thought had a big impact and helped create the first goal and then when we get that you think we will kick on, but it is in those moments that you see what home advantage doesn’t count for anything anymore.

“At that stage, when we equalise, the fans would normally get right behind us, we would rally and we would go after the next one and it was actually an eerie atmosphere; I think I heard myself cheer and that was about it.

“It is a strange scenario, however, it doesn’t excuse what happened afterwards. The second goal there were quite a few culpable in terms of not defending properly; I thought we should have defended it a lot better, but after that we needed to go again and deal with that second setback and disappointment.”

And he felt that even at 2-1 there were good opportunities to take something from the game, but that the team did not have the key moments going in their favour.

“Nuge has a great chance to equalise and I thought, if anything, that encapsulated the game today – that two-minute period.

“We had a great chance to equalise, we don’t take it, they then go up the other end, our centre back falls over and they score off a deflected shot that ends up in the back of the net.

“Those are the finer and key moments in games that at this level decide whether you win a game or you don’t and we found ourselves on the wrong side of those moments,” he added.

Check out the full interview with the manager by clicking on the link at the top of the page as he discusses playing at Deepdale without a crowd and about seven games coming up in 21 games, starting with the 5,000th game against Derby County at Deepdale on Wednesday.