For this Saturday’s resumption of Championship action, we have a referee taking charge of his fourth Preston North End game of the season and his second away from Deepdale. 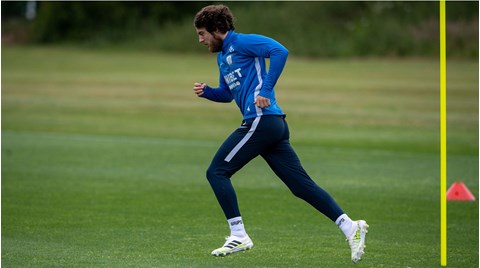 17 June 2020
The match official for the trip to Kenilworth Road, as we take on what is now Nathan Jones’ Luton Town, is John Brooks, now in his second season on the Select Group Two list of referees.
The Leicestershire ref was in charge of North End’s 3-2 home win over Millwall in December 2018 and the 3-1 home victory over Stoke City in front of the Sky Sports cameras back in August 2019, as well as the New Year’s Day clash with Middlesbrough in PR1.

In the month before the pausing of the division, he also refereed the Lilywhites’ victory over Stoke City at the Bet365 Stadium, when Tom Barkhuizen and Alan Browne were the scorers.

His 26 games so far this season, before the lockdown began, have produced just 92 cautions and just one red card, his last game being Derby County’s 3-0 home win over Blackburn Rovers on 8th March.
He will be assisted by Tim Wood and Adam Crysell, whilst the fourth official will be Tom Nield.