Cardiff City manager Neil Harris is expecting a tight game when his seventh-placed Bluebirds arrive at Deepdale at the weekend.

The former Millwall boss has closed down on the Play-Offs, with excellent form since his arrival, and sit just behind North End on goal difference going into the Saturday lunch time live Sky Sports encounter.

Speaking to Wales Online at his pre-match press conference Harris said his side had made a better start after the resumption of the Championship, but felt the Lilywhites were unlucky not to get the win at Luton.

“Well yeah, results speak for themselves. Having watched Preston’s game against Luton they deserved a point, if not three,” he said.

“Eight games left and a goal separates the two teams and it will be a close encounter on the weekend.

“There’s nothing between us. It’s so close. Two very well-matched teams and physical teams who work hard.

“Alex Neil has been there and done a brilliant job. We want to carry on building momentum.

“We felt we should have won the game against Brentford, beat Barnsley, had a three-month break and picked up where we left off at Leeds. It counts for nothing, now, Leeds, though.

“With eight games to go you want all the points you can get. We put ourselves right in the mix last weekend. We made a statement last weekend and clubs will fear us moving forward.

“There will be winners and losers this weekend and it’s about being the most consistent team over a period of time.”

The return of the Championship, while social distancing and other measures are still in place, has brough logistical problems for every team to overcome, including the side from the Welsh capital.

"Everywhere seems a decent trek from Cardiff!" Continued their manager. “We are going to fly. The EFL say if it’s possible to fly with social distancing then please do so.

“We have an airport 20 minutes from the stadium so we are going to fly to Manchester. We understand the travel arrangements and it’s not ideal changing in bar areas or press rooms. We are all getting our heads around it.

“Hotels will be weird, just confined to your rooms. Early kick-off helps, breakfast and off to the game.” 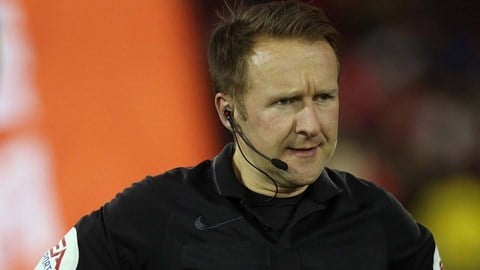 Coming into the game, the Bluebirds don’t have too many issues, announcing earlier this week a number of players would not be available with their contracts coming to an end, but they have very few injuries.

“Josh Murphy missed the last game, very touch and go for this weekend. It might come too soon for him. We look like we have come through unscathed this weekend.”

“Dion [Sanderson] has come in and done extremely well. We have got Joe Bennett and Brad Smith as left back options and I’d have no problem at all playing either of them at right back. Leo Bacuna has played there over the years too.”