Derby County manager Phillip Cocu feels that two wins from two following the resumption of the Championship have put his side firmly in contention for the top six. 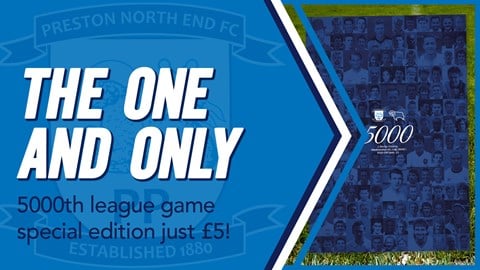 Speaking to the media after their victory over Reading at the weekend the former Dutch international said: “We knew the first two games were crucial for us to get good results and put ourselves in a good position to have a serious go at the Play-Offs.

“[We have] big games coming up in the next three games, but we knew this restart, the first two games were the most important because if we did not get the wins then I think the Play-Off situation would be extremely difficult.

“Now we have got two wins, and still tough games coming up - Preston, Forest, West Brom - but it is good moments, the team feels good. To fight for this Play-Off spot at the moment is a great challenge for us.

“We know it will be difficult. We have some tough games coming up so definitely not easy, but the confidence will grow further with four wins in a row.”

And after a positive run since the new year, the Rams chief is delighted to be talking about promotion as a possibility, after a difficult start to the season.

“It has always been something in the back of our minds, but we didn't want to talk too much about it because a big part of the season we were not in a position to talk about it,” he continued.

“We were not good enough at that time, but we knew if we improved and put in consistent performances it is still possible because everything is so tight in this league.”

And as the teams throughout the Championship begin the first of seven games in 22 days, Cocu feels that the extra substitutes and bigger squads will prove vital to compete.

“All teams are in the same situation with only a short build up. It will be a challenge, that is why we are allowed to use a bigger squad and more subs.

“We definitely will need everybody in the squad to be at their best,” he added.