Preston North End speaks at length to Tom Clarke about his seven years at the club in an extended chat with the departing Lilywhites skipper. 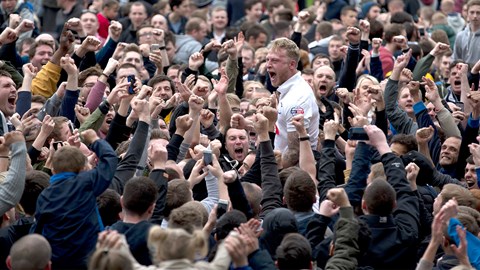 It was announced earlier this week that the defender will leave the club later this month after 247 appearances and 15 goals since his arrival on 22nd May 2013.

And he sat down in his West Yorkshire home to speak to iFollow PNE for one last time as a PNE player, to reflect on his career with the club, the games he has played, the bonds he has formed with the players, the staff and the supporters and about saying goodbye.

In a 30-minute chat, Tom admits he has been emotional this week after the reaction of fans, current and former players since the announcement that he will end his association with Deepdale.

He began by explaining the decision to leave now, saying: “It was a difficult situation with what was going on with the pandemic and I spoke with my family about going back and the first thing I wanted to do, was sit down with the manager and go through it

“It was a civil conversation where we both understood each other and my decision was based on looking after myself and my family.

“It was a very difficult decision to make, but one I felt that was right.” 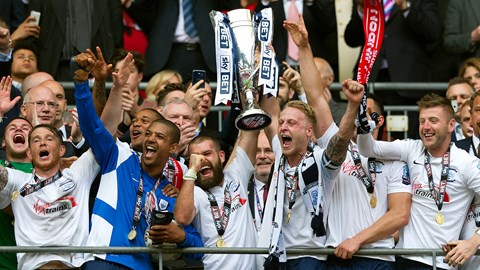 But the emotional response of many people to that decision is something he and his wife, Lynsey, have really reflected upon.

“We have been overwhelmed by the stuff on social media and the messages I have received from players and previous players, who have said how I was as a leader and a captain,” he explained.

“It has been very emotional the last couple of days for me and my partner, reading all the messages and we have been overwhelmed by it.

“Something else my wife mentioned, is leave how I have, with the outpouring of love from the fans and most of all the players, who I am with day in, day out is amazing.

“I try to be honest, I work hard and I am just delighted the players have supported me on that.

“I can’t them enough as well for making my job a lot easier than normal. To bow out now, I look back with happiness on my time there. I can’t thank everyone enough.”

To watch the full 30 minutes, with Tom looking back on each of his seven seasons individually and his favourite of the 247 games, then click on the link at the top of the page, as we say goodbye to a player you voted one of our ‘Legends of the Town End’.