Preston North End manager Alex Neil has asked all fans to take care of each other and not to do anything risky in these challenging times provided by the coronavirus pandemic.

The Lilywhites boss speaking for the first time since the cancellation of fixtures, until at least the end of April, stressed the need for people to look after each other and follow the government’s advice.
“The first thing we want to do is to make sure that everybody is taking care of each other and make sure we are trying to resolve this situation together, as quickly as possible,” he told PNE.Com.
“If we can get that done and everybody come through it the other end, with their health the priority, then hopefully, once we get up and running, there won’t be too much damage done.
“What is important, is that for people with health issues, or our more elderly fans, is don’t put yourself in harm’s way. It is really important that you stick to the measures that the government have planned out for us and we try and see this period through and then hopefully everybody can come out of it at the other end.

“That is the most important thing. We don’t want anyone to be doing anything silly and putting themselves at risk and if we can get through this, hopefully we will come out of it in a better place.”

As a football manager he admits that, at the moment, that role seems less important with things going on around the world: “Football is entertainment. You go to watch your team with the highs and lows of winning and losing games, but when you try and put that in comparison to people possibly losing loved ones, or being ill themselves, it pales into insignificance.
“We are there to do a job and to try and supply a product that we deem to be good enough in terms of quality and entertainment, but when the world is being affected as badly as it is at the moment, by a virus, then football can sometimes be a healthy distraction for that, but unfortunately, at the moment, like everybody else, we have to wait and see what the next couple of weeks or months bring.” 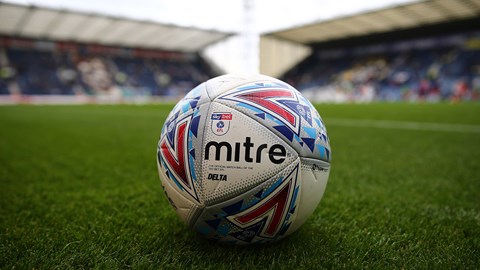 19 March 2020
A joint announcement was made by all the footballing authorities on Thursday stating their determination to finish the 2019/20 season and Alex was fully supportive of this.
“The priority from a football perspective is to get this current season finished,” he continued. “We have played over 75 per cent of the games. Everybody in the league would like to see the season finished before we go into the next one. How long that is going to take, I am not quite sure.
“But it is important we bring this season to a conclusion. Depending on how much of a break we need to have in the meantime, will affect how much of a break we have after the remaining nine games before we then get the next season started.
“The next season is not a priority at the moment. Everyone taking care and making sure we get through this spell is crucial and then, once that is concluded, we can look forward to finishing this season off and then see where we go from there.”
And in order to do that, in difficult circumstances, he explained that the players were still working hard to be ready for that resumption.
“What we have done is to prepare a couple of provisional schedules, dependent on when we are back. We are working on some preliminary dates for us to reconvene the games, but it will fluctuate depending on the situation throughout the country.
“We have knocked up a programme for the players to keep themselves ticking over. We are hoping we will be back in training before too long.
“We are well planned and well prepped; the biggest difficulty we have got is that we really need a restart date. That will give us a chance to then implement our plan. When that is continually moving and continually changing, it is difficult. It does alter, and depending on how many weeks it goes without us playing a game, determines how match fit the players will, or will not, be at that stage.
“We have spoken about it at length. We have plans in place and it is hopefully just a matter of time until we can implement those plans,” he added.
Supporters are enouraged to keep an eye on the latest advice from the government and you can find the most up to date information from the NHS by clicking here.